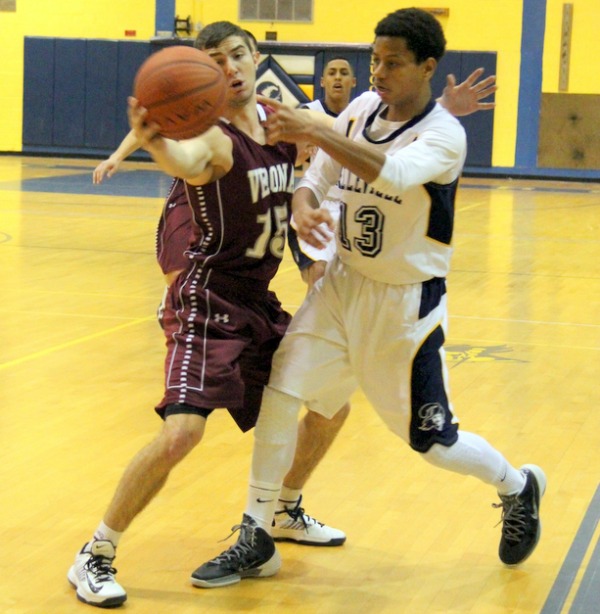 The Verona High School boys basketball team improved its record to 5-0 with a 62-43 blowout victory over Belleville on Saturday.

Matt Braschi, the Verona Sports Boosters’ Senior Athlete of the Week, led Verona in scoring with 14 points. But there was solid scoring all around for Verona: Alex Kaslander had 12 and Frank Ferrari and Dave Gautieri contributed 10 points apiece. Gautieri led the team in rebounds, with six. 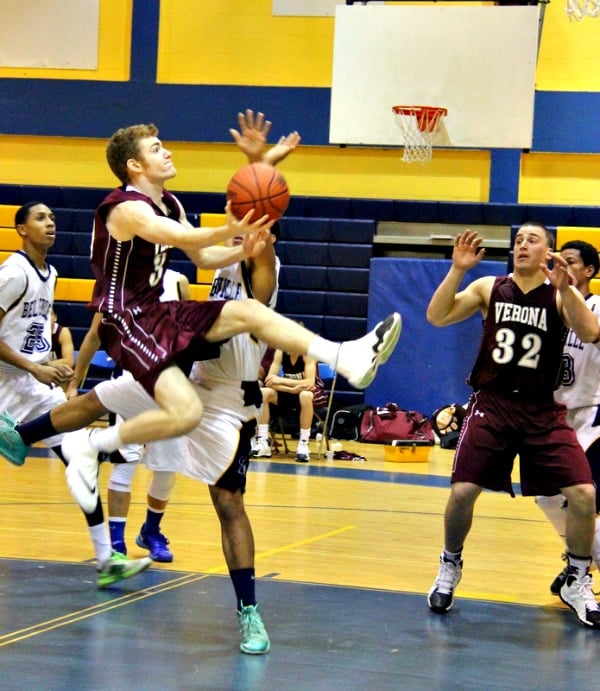 But there were losses elsewhere for Verona. The girls basketball team’s record fell to 1-3 as the Lady Hillbillies suffered a narrow loss to Bloomfield. Playing at home, Julie Rosenberg and Remy Sullivan put up 11 points each for Verona, and Brielle Cummings had eight.

The Verona-Glen Ridge hockey team had only its second loss of the season, falling to long-time nemesis Nutley 4-2 on Saturday. Nutley was up three goals to none when Nick DiStaso, a senior from the Verona side of the team, scored late in the second period. VGR got its second goal late in the third thanks to Stephen Guarducci from the Glen Ridge side of the team. Liam Blaney, a sophomore at VHS, had 23 saves.