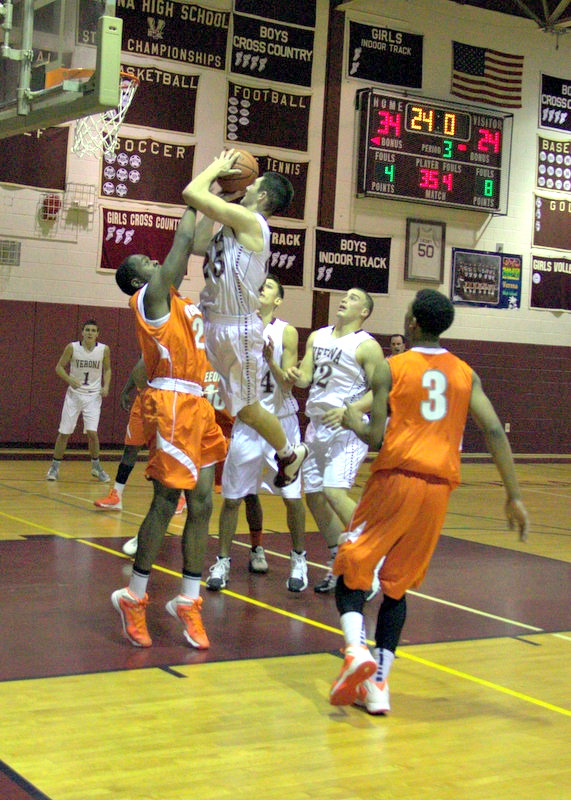 Both the Verona High School boys and girls varsity basketball teams started the season off on the right foot, with substantial wins. The boys defeated Weequahic High School at home on Friday 52-39, while the girls dominated St. Vincent Academy 56-36. Verona seniors were the high scorers in both games, with 18 points apiece.

Alex Kaslander (#25) led the scoring in the boys game, with junior Will Mulderry (#33), who transferred to VHS from Bergen Catholic this year, had 13 points. Dwayne Sledge was the high scorer for Weequahic.

Brielle Cummings was the 18-point scorer for the girls, who also got a boost from Julie Rosenberg and Sarah O’Neil, with 13 and 12 points respectively.

The boys travel to Wayne Hills on Monday, December 23 for 1 p.m. game. On Friday, December 27, both teams will take on West Essex in the opening round of the Caldwell holiday basketball tournament. 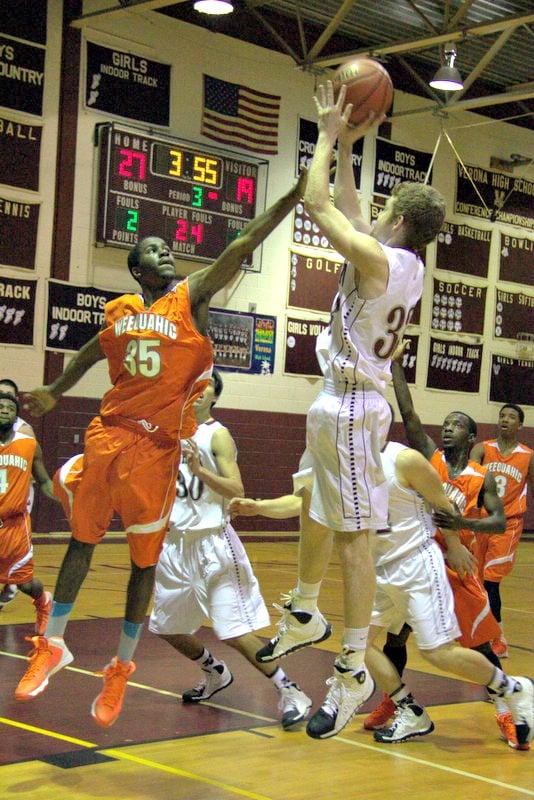