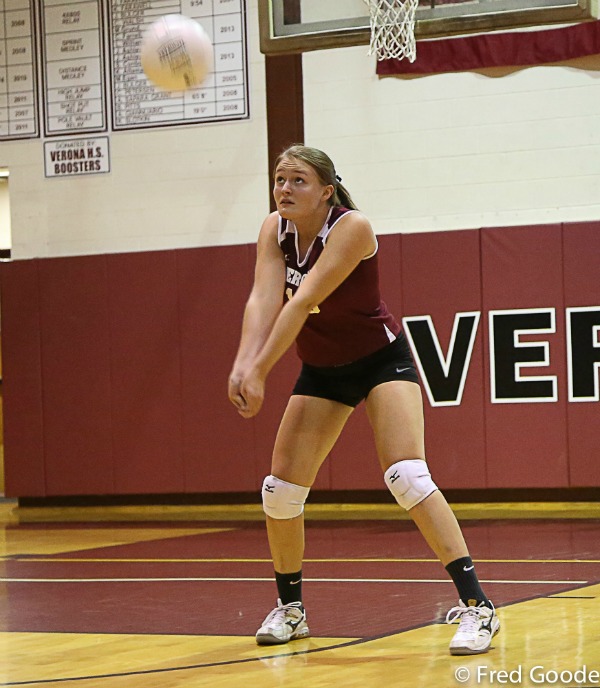 The word “ace” conjurs up images of a big achievement: a winning card game move, a killer tennis serve, a star pilot. So it is, too, in volleyball, where an ace is a ball that strikes into the opposing side of the court before the opponents even know what hit them. This fall, Jessica Parsons led the Verona High School girls volleyball team in aces–43, thank you very much–and for her ace play she is the Verona Sports Boosters Senior Athlete of the Week.

Parsons, a three-year varsity letter winner, is the Hillbillies’ senior middle hitter. In addition to being the team leader in aces, she had the team’s second highest level of service points, at  150, and she was second highest, too, in serving percentage at a whopping 93.4 % for the season. Parsons was the team leader with 25 blocks and also recorded 70 kills for the season. And she’s aces in other activities too: Parsons was inducted into the Spanish Honor Society in June 2012.