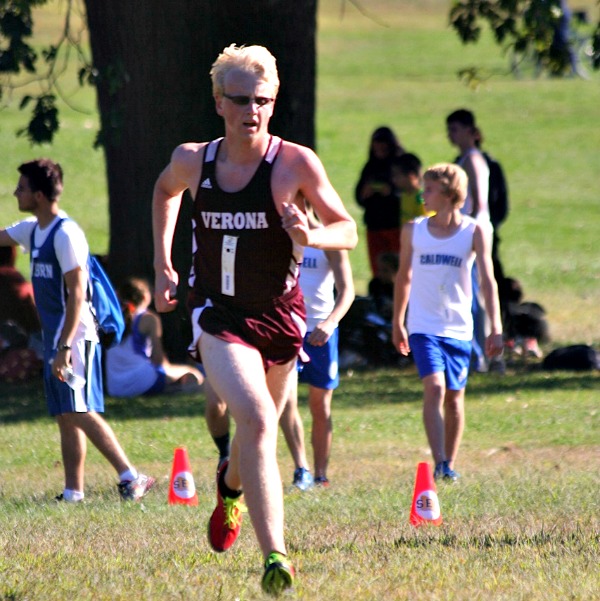 When Matt Carroll started running cross country as a freshman, he turned in a time of 25:45 for the 5K. Now, he couldn’t run that slowly even if he ran backwards with his shoelaces tied together.

Carroll, a three-year varsity starter for the running program, has shaved mored than seven minutes off his time for the distance race. His top finish this fall was 17:54, down a full minute from his time in the UNICO Labor Day 5K in Verona Park on September 2. A team captain in both his junior and senior year, Carroll led the boys varsity squad to a 10-0 record this year and a Colonial Division title. He placed second in the Conference championship race that his team won and was named 1st team All SEC Colonial Division. For his leadership of the boys cross country team, Matt Carroll is the Verona Sports Boosters Senior Athlete of the Week.

For Carroll, the fall season has generally meant dashing straight from a cross country meet into the Verona High School music room to pick up his trumpet and play with the band. The scholar athlete was one of just 17 VHS students named an AP Scholar with Distinction this fall, an honor given to students who receive an average score of at least 3.5 on all AP exams taken, and scores of 3 or higher on five or more of these exams. He was also inducted into the National Honor Society this past May. Carroll will run the 800, 1600 and 3200 in winter and spring track, and hopes to continue running in college.