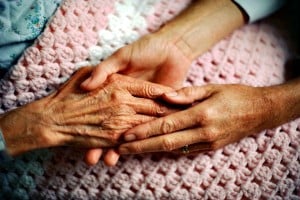 In the wake of President Obama’s press conference last week, many people are talking about the Affordable Care Act. But a health insurance executive who lives in Verona says the more immediate concern is what’s happening to Medicare Advantage and Medicare supplement plans. If you’re a senior in Verona–or you care for one–you may have insurance changes that have to be made, and as early as December 7.

“Many of the plans are being discontinued,” says Robert N. Frank, president and CEO of Absolute Insurance Management in Bloomfield. “You need to find out what type of plan you have and call your insurance company to find out if your plan is going to be offered in 2014.”

It’s not that the changes to the Affordable Care Act aren’t important. Some 800,000 people in New Jersey have individual policies that could be affected. But no one–including the insurance companies–has figured out how the changes will be implemented and they won’t know until New Jersey’s commissioner of insurance issues some guidelines. The Medicare changes are imminent, and they can affect everything from what aspects of care are covered to which doctor a senior sees.

Even if a plan is not terminated there may still be unwanted changes: Some carriers are dropping doctors, which could force a senior to change a long-standing relationship with a doctor. According to news reports, UnitedHealth Group, which is the biggest provider of Medicare Advantage plans in the U.S., is dropping doctors from its network nationwide–perhaps as much as 15% of all its doctors.

If you care for a senior, Frank advises going through their mail to look for a letter of termination from their insurance carrier or calling their carrier to check the status of their plan. “What we’re finding is that many folks don’t even know about the changes,” says Frank. “This time of year they get inundated with solicitations,” he adds, because it is annual enrollment period for Medicare Advantage and prescription drug plans.

The supplement plans may be a bright spot in the changes. Normally, seniors must complete a questionnaire to be considered for these plans, and the plans have been able to deny coverage if there is a pre-existing condition. But thanks to the Affordable Care Act, that’s not the case now. If your Medicare Advantage plan has been terminated for 2014 you can buy a supplement plan without answering any medical questions on the application. You’ll also have to send in the cancellation notice from your insurance carrier with your application.

What to do if you, or a senior you know, is hit with changes? You can investigate some options on your own, starting with the federal government’s Medicare.gov Web site.  You can find all the Medicare Advantage Plans available in New Jersey here  and the 29 different Medicare Prescription Drug Plans in New Jersey here. If more help is needed paying for medicine, New Jersey offers the Pharmaceutical Assistance to the Aged and Disabled (PAAD) or the Senior Gold Prescription Discount programs. The application for both is here. There is also a very helpful site www.NeedyMeds.org where you can find programs and coupons to lower your prescription drug costs directly from the manufacturers. (These programs are for people with and without insurance.)

But remember: December 7 is the deadline to sign up or make changes to your Medicare prescription drug or Medicare Advantage plan, unless you have a special election period. If your plan was cancelled you should find a new one before December 31 so that you have coverage in place on January 1.

“Call the carriers individually,” says Frank, “or sit down with a trusted advisor who works with the major companies. There are options out there.”