Volleyball: Defeated, But Not Diminished 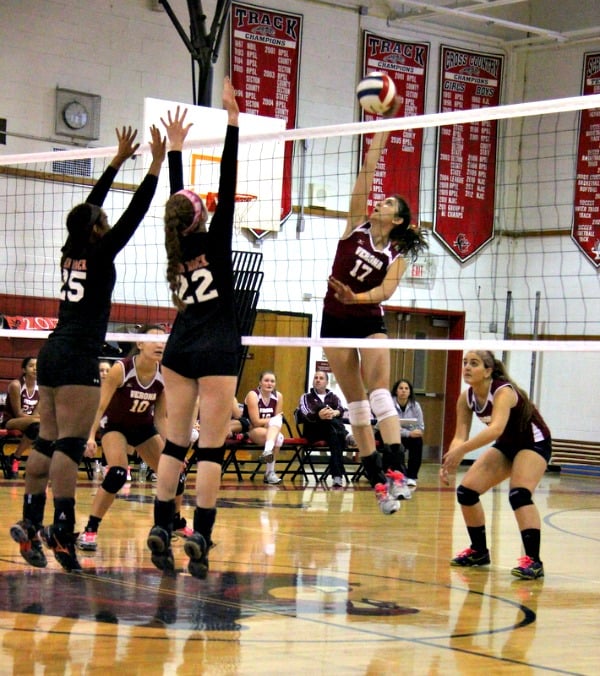 No, the Verona High School volleyball team’s season did not end the way its players would have wished. The team lost to Glen Rock on Friday in two sets in the second round of the NJSIAA Group I playoffs. But Coach Jeff Stiefbold wants to make sure that people view the defeat in the broader picture of the 2013 season.

“I want to make sure that people know how proud we are of our players,” he said. “It was a new coaching style to adjust to. They worked hard and we are very proud of what they achieved. We won’t let the last game take away anything from that.”

What the team achieved is significant: A 17-7 record and  a conference championship, the team’s first since 2001 and only the second conference championship for Verona volleyball since the program started in the 1980s. A bevy of daunting stats, including 158 aces, 341 assists, 367 kills and 573 service points, up from just 77 last season. That’s what got Verona into the state playoffs, and Stiefbold, who is in his first season with the team, is not about to let them forget it. “We were much better than the last game showed,” he said.  “We went up against a team that was a little better than us. There’s no shame in that.”

The team’s seven seniors–Eliza Sniatkowski, Jessica Parsons, Courtney Hofmann, Ellen Di Dia, Madison Misuro, Nikita Joshi and Soufien Hakimzadeh– have a season that they will remember for a long time. The juniors and sophomores, and the hopeful freshmen who cheered them on from the sidelines, have the taste of something more. “The players coming back will look back fondly on this year,” said Stiefbold, “and they will work hard in the off season.”