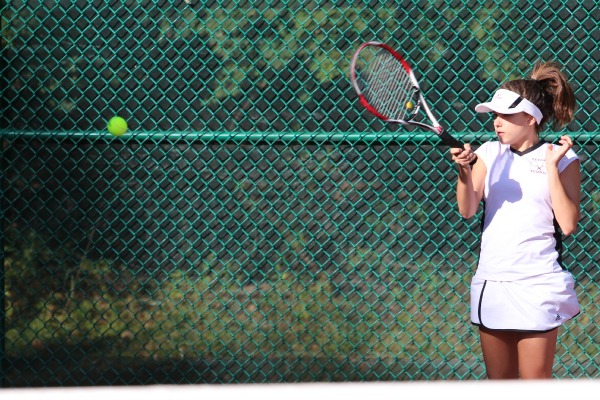 The Verona High School girls tennis team put its tough training in the Super Essex Conference to good use on Monday as it beat top-ranked Pompton Lakes 4-1 in the North Jersey, Section 1 Group 1 sectionals.

Pompton Lakes came into the match-up with a 9-3 record, to Verona’s 8-8. Verona had had a bye in the first round on October 3, then defeated Cedar Grove 5-0 on October 8 and followed that with a 5-0 victory over Park Ridge on October 11. Pompton Lakes also started with a bye, before defeating Emerson Boro and Cresskill.

The first win Monday came on the Doubles 1 court where the Verona team of Caroline Chivily and Briana Tedesco defeated Amanda Egan and Kristen Miragliotta of Pompton Lakes 6-0, 6-1. One court over in Singles 3, VHS sophomore Nell Karpinski powered her way to victory over the Cardinals’ Caroline King 6-2, 6-0. 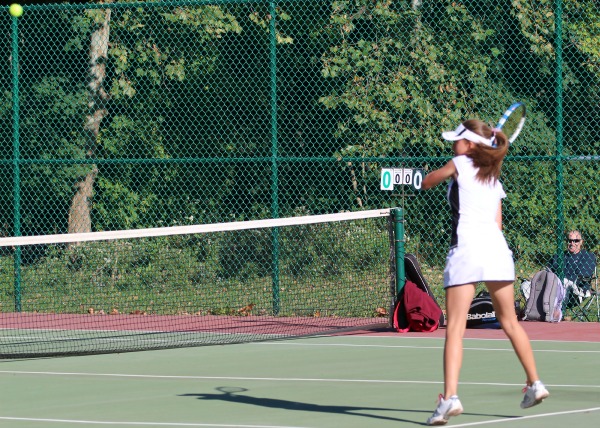 On Thursday, Verona travels to Mercer County Park in West Windsor for the NJSIAA Group semifinals and finals. The girls’ first match at 11 a.m. will be against South Group 1 champion Pennsville, which has an 18-2 record. 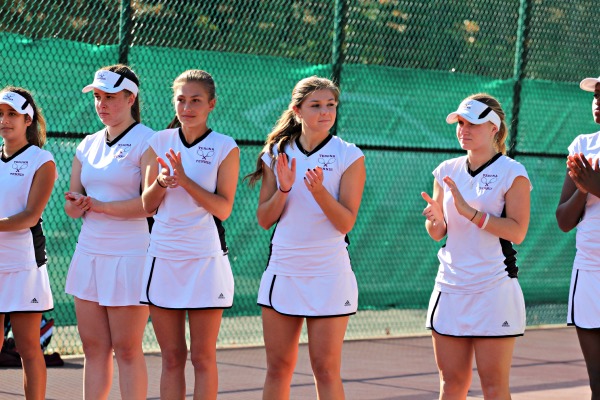 Virginia Citranohttps://myveronanj.com
Virginia Citrano grew up in Verona. She moved away to write and edit for The Wall Street Journal’s European edition, Institutional Investor, Crain’s New York Business and Forbes.com. Since returning to Verona, she has volunteered for school, civic and religious groups, served nine years on the Verona Environmental Commission and is now part of Sustainable Verona. She co-founded MyVeronaNJ in 2009. You can reach Virginia at [email protected]onanj.com.