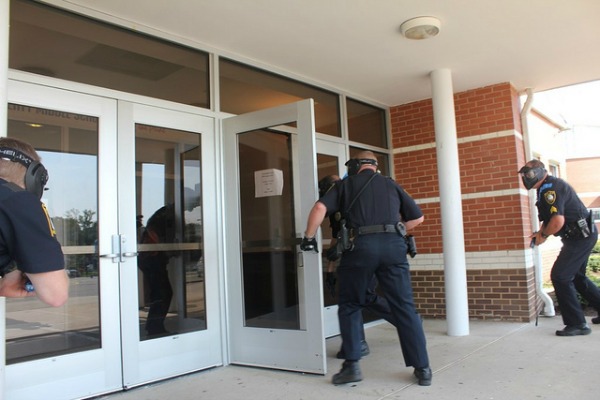 On Tuesday, the West Orange Board of Education, the West Orange Police Department and more than a dozen other emergency services practiced something that they probably hope they will never have to face: Responding to a school shooting like the one that happened at Sandy Hook Elementary School in Connecticut.

The town hosted a so-called active shooter drill at its Liberty Middle School that was funded by a $140,000 grant from the Department of Homeland Security. In addition to the West Orange police, the drill involved the Department of Homeland Security, the Department of Defense at Picatinny Arsenal, the U.S. Army Engineer Research and Development Center and the U.S. Federal Air Marshals, the Essex County Sheriff’s Office and Office of Emergency Management, the New Jersey State Police, University Hospital, Saint Barnabas Medical Center, and surrounding police departments. The town also enlisted dozens of volunteers to play the roles of students, teachers, administrators, victims and even anguished parents.

(Neither Verona police nor the Verona public schools participated in the West Orange drill. Verona does a similar school emergency drill on its own every two years.) 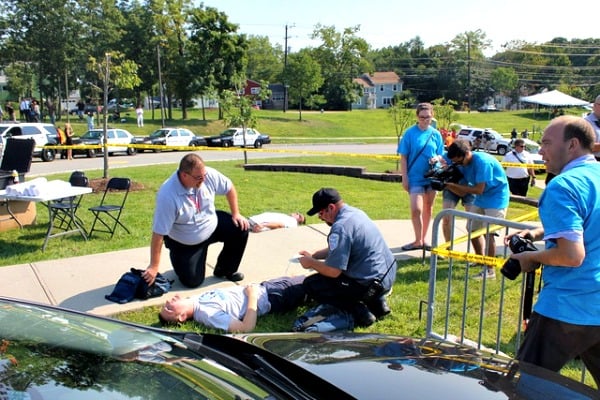