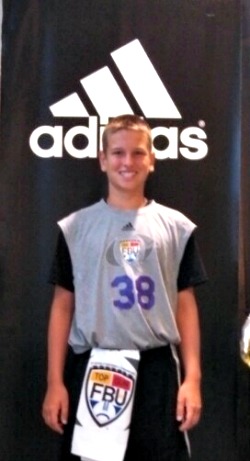 Twelve-year-old quarterback Tom Sharkey showed off his skills at in the invitation-only Football University TOP GUN Camp held in Dublin, Ohio recently. Tom was invited to TOP GUN based on his outstanding performance at the Morris Catholic Football University camp. He joined more than 1,000 of the nation’s other top athletes at their position and trained with current and former NFL players and coaches. This September, Tom will be playing for the Verona Eagles.

TOP GUN is the culmination of Football University’s 40-camp nationwide tour gathering the most elite performers from across the United States and allowing them to compete and display their abilities together on one stage. Football University has an impressive alumni list that includes some of the top college football recruits and players in the nation.