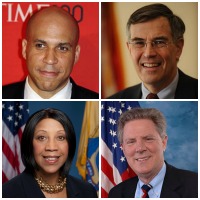 Live at 7:30 p.m tonight, from the DuMont Television Center at Montclair State, New Jersey public television station NJTV will air a debate between the candidates in the Democratic Senate primary.