10U Softball Falls In Championship Rematch

A storybook season for Verona 10U softball came to an end in a rematch of last summer’s championship game.

Last year, the Verona softball team beat Mount Olive 5-2 in the summer championship game, leading to many debates that Verona was the best team in both New Jersey and the mid-Atlantic region: Mount Olive was the state champion and the Babe Ruth Mid Atlantic champion, an honor they had won in Maryland. The debate was fueled by Verona’s 3-0 record vs. Mount Olive in 2012; Mount Olive’s only losses on their national platform were to Verona.

Six days after the Verona 10U team’s improbable 6-0 run in the Softball with Attitude Tournament–a run that ended with their championship victory over the Pennsylvania Legends–came the 2013 rematch in the summer championship game played in Denville on Saturday. The Verona team had been 9-0 in the previous seven days.

Verona scored first and took a 3-1 lead into the bottom of the 4th inning. Mount Olive scored four runs to take a 5-3 lead and that lead was never relinquished, for a final score of 8-3. 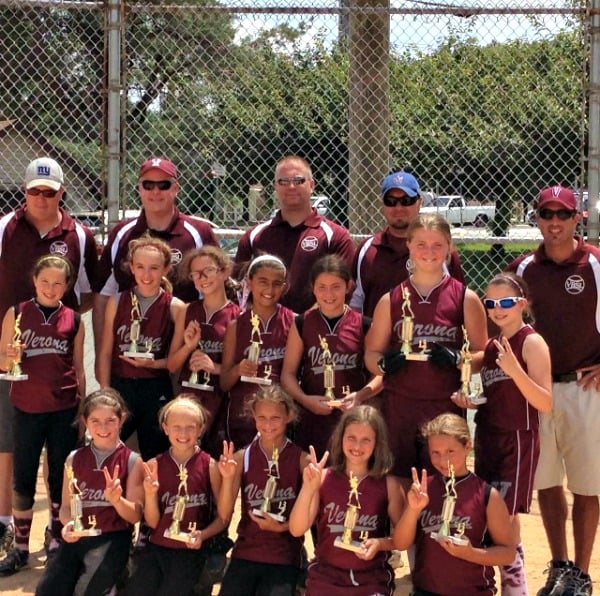