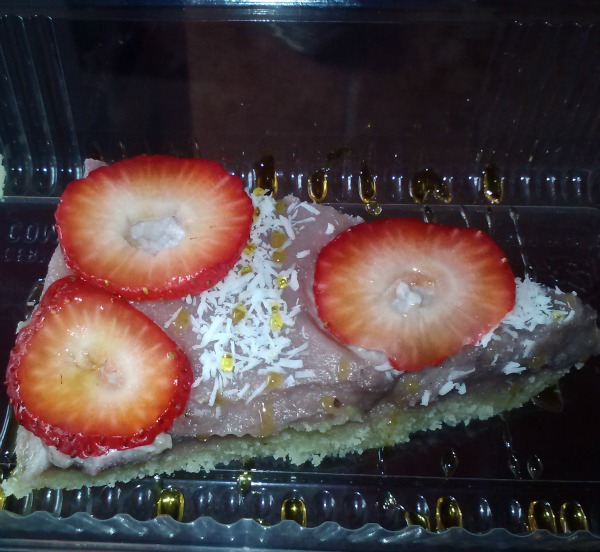 Seven years ago, Abe Sharkas was severely overweight. At 5’9″ he was almost as wide as he was tall, tipping the scales at 315 pounds. He had high blood pressure and high blood sugar, brought on, he says, by years of fast food. Then he glibly accepted a friend’s challenge to go on a juicing diet and started on a path that would change his weight–and his occupation.

High school friend Eric Sosa got wind of Sharkas’ change. His beloved grandmother had been diagnosed with liver disease and he was looking for solutions. He had Sharkas mix up some of his juice blends, gave them to his grandmother and watched her improve. His grandmother, who had helped the family run successful Peruvian restaurants in Passaic and Paterson, told Sosa he should think about selling juice drinks to others. And so it is that we have Verona’s newest business, PositiviTea.

“It’s not just a diet, it’s a lifestyle,” says Sosa, whose wife Maria is also part of the team behind the counter.
- Advertisement -

PositiviTea is a juice bar and vegan cafe, specializing in so-called raw foods which are, as the term implies, not cooked. Vegans avoid animal products, so the strawberry “cheesecake” that Sharkas and Sosa serve is made with ground nuts instead of dairy. Sharkas and Sosa say it is the only place in New Jersey to serve vegan ice cream, which is made with cashew milk. The posted menu is heavy on dessert, but PositiviTea also serves salads and sandwiches, and can cater a full meal or just the dishes that will make vegetarians feel at home at your next barbecue.

Sosa and Sharkas looked at other locations for their business, but they feel at home in Verona. “I fell in love with Verona,” Sharkas says. “I’m thinking of moving here.”

All of the food served at PositiviTea is 100% organic and highly seasonal, which means that its offerings are going to change throughout the year. The cafe also sells coffee and its namesake, tea, with names that will make any customer smile, like “I Am Awesome”. (“You can’t be upset when you order a large ‘I Am Happy’,” says Sharkas.) Happy is also a good word for the cafe’s decor, which was created by artists who are friends of the pair, and they have begun to recruit more artists specifically from Verona to decorate its walls. (The green in its street-front sign is not grass, but Sharkas and Sosa have had customers ask how they mow it.)

PositiviTea is more than food and drink, though. Fridays are open mic nights for local musicians (stop by, sign up, and wait your turn to perform). Tuesday nights are reserved for poetry slams: While the name might conjure up the WWF, a poetry slam is event where poets compete against each other by reading their work.

Gloria Machnowski, a vegan who heads the Verona Emvironmental Commission, recently took her family there. “We tried their smoothies, ice cream, tea and apple pie,” she said. “It’s a great new place in town.”

But if you are tempted to pigeonhole PositiviTea’s core customer as a “crunchy granola” type, don’t. The cafe, which is just down the block from H.B. Whitehorne, has already developed a loyal following among the middle school’s male athletes.

PositiviTea is located at 550 Bloomfield Avenue,  across the street from Verona Park and just up from Verona Yoga. The cafe is open Monday, Wednesday, Thursday and Saturday from noon to 9 p.m.; Tuesday and Friday from noon to 11 p.m. Prices are accessible despite the all-organic content. “Doctor bills are more than organic food,” says Sharkas. You can get more information from its Web site, and its Facebook page.