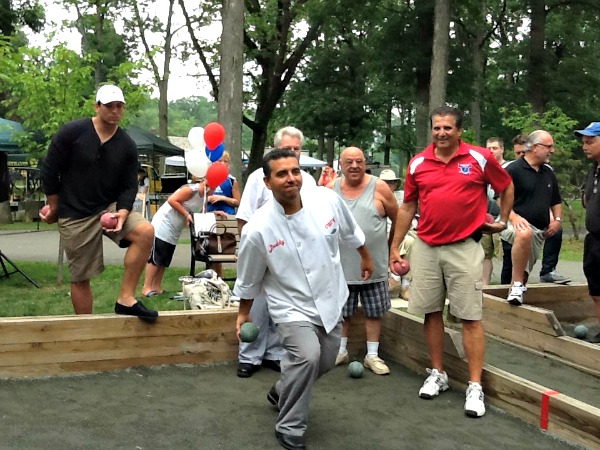 Anthony Fasano was back in Verona Park yesterday for his foundation’s annual Bocce Bash, and he brought a few friends with him. Friends like Giants linebacker Mark Herzlich and Giants tight end Bear Pascoe, and Essex County Executive Joseph N. DiVincenzo Jr. He also brought Bartolo Valastro Jr., a celebrity that the world now knows as Buddy, the Cake Boss. (That’s the Cake Boss throwing above with DiVincenzo and Fasano, to the left in navy.)

Valastro treated the 24 participating teams (quite a few drawn from Verona) to a four-tier cake that amply honored the sport and the day. The Bocce Bash was won this year by Lunar Sports, which came back last year from a first-round defeat by the MyVeronaNJ.com team. The Anthony Fasano Foundation moved the tournament to Verona Park from Montville last year after Fasano, who played football at Verona High School before a professional career with the Miami Dolphins and Kansas City Chiefs, rallied a group of volunteers to build four new bocce courts in the park.

This year, the event benefitted “Rebuilding Together: Veterans Housing”, a group that provides home repair services for retired and active service members, and specifically Ed Abbate of Little Ferry, a veteran whose home was damaged by Hurricane Sandy. 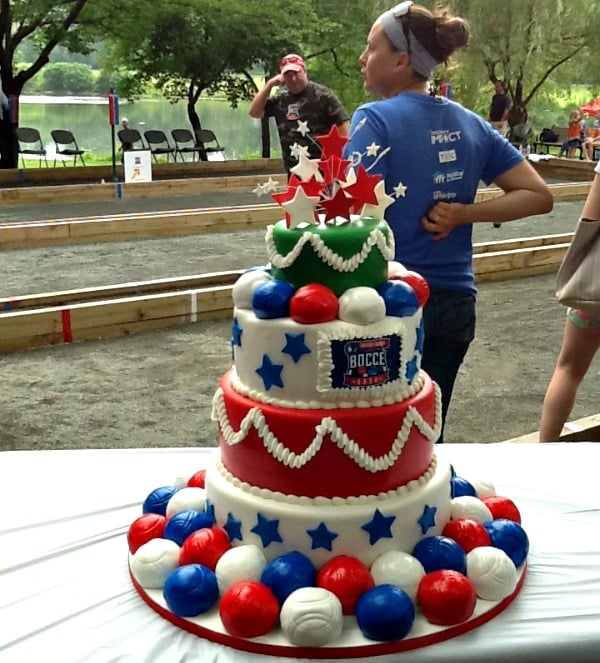