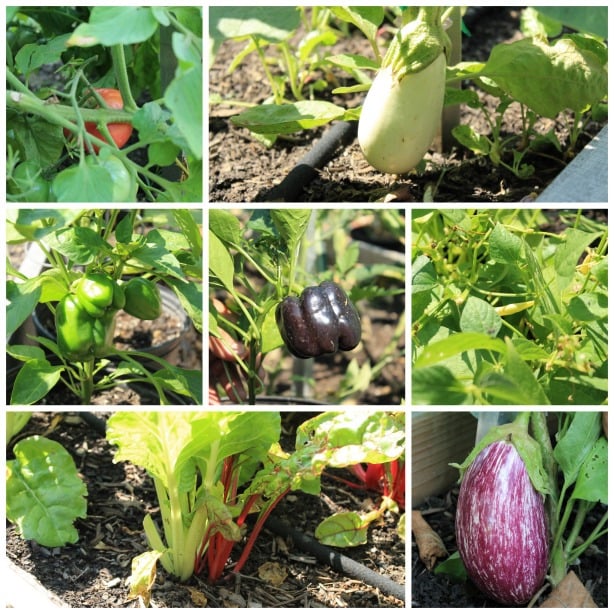 If you’ve driven from Verona to Cedar Grove along Pompton Avenue on a Saturday, it may look like Morgan’s Farm has come back, and in a way, it has. Thanks to Verona resident John Ostering, who was born and raised in Cedar Grove and is a member of the Cedar Grove Historical Society, the farm, or at least part of it, is operational. Ostering is not a farmer by trade, and the last vegetable patch he worked with was 40 years ago, but through a love for the history of the area and dedication to the community, he has started a small farm on the Morgan’s Farm property.

Ostering’s goal in starting his small farming plot was to give back to the community. He wanted to provide a space where middle school and high school kids would have a place to learn about gardening. Incorporating the same active training, much of what Ostering has learned himself has been from looking closely at his crops, searching where a problem might stem from, and then researching the best solutions. For example, he has some cilantro and parsley that had gone to seed very early. After some research, he learned that the heat is the cause of the problem, something about which he had no prior knowledge until it affected his crop. This kind of hands on experience is what he would like to share with the community.

The biggest challenge Ostering has faced has not been the weather, the need for help, or even the beetles that occasionally like to feed on the leaves of his vegetables. It’s been a groundhog. There are two actually, one he affectionately calls “Fat Boy” and another smaller one. While I was visiting, we investigated together the two holes Fat Boy had made in order to get out of the garden, which is fenced off and protected from foxes and deer. While we were unable to spot his point of entry, the intended exits were clearly visible. When all was quiet, Fat Boy mad a run through the cucumber patch. Since our meeting on Tuesday, I have been informed that Fat Boy has been caught and very kindly moved to the cemetery near by, but not close enough to find his way back to the vegetable garden.

With the town’s approval there are 11 raised beds in this space. Ostering uses so-called square foot gardening techniques to plan out how many seedlings will fit in one box. Then, he rotates crops and plants in stages to manage vegetable availability. Using all natural farming practices, he started with organic seeds and organic soil, and fertilizes with sea kelp and seaweed products. When fertilizing, he uses a technique called foliar feeding, which involves feeding the plants through the leaves. The result is that 20% more of the nutrients are absorbed through the leaves than in the ground giving him large healthy plants. “I haven’t had a single disease or fungus,” he said while we toured through the three varieties of heirloom tomatoes, whose plants stand at about 5′ high. 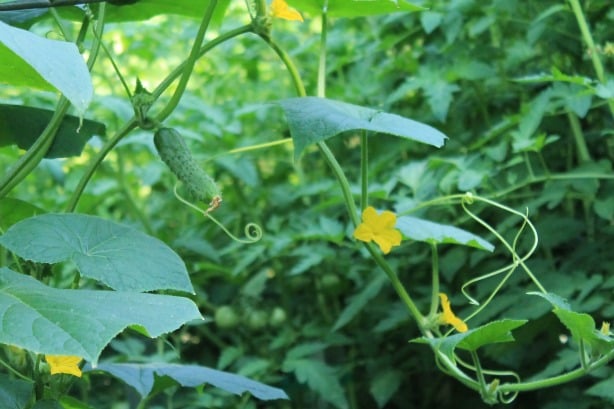 The farm stand is open on Saturdays from 9 a.m. to 1 p.m. and the variety of vegetables Ostering has to offer is incredible, considering the relatively small farming plot. As the crops grow, and the vegetables ripen, each week’s supply will vary, but everything is picked fresh between 5 and 6 a.m. each Saturday. Some of the expected produce items are cucumbers (Marketmore and Boothby Blonde), heirloom tomatoes (Rose De Berne, Black Crimson and Brandywine), ghost eggplants, beets, Swiss chard, bell peppers, hot peppers, sweet peppers, wax and green beans, Listada de Gandia eggplants (which came from Spain in the 1850s), scallions, shallots and summer lettuces. In the future he would like to offer berries and more herbs including chives, cilantro and parsley.

Ostering’s love for farming and the community is evident in this space as are his hopes and plans for future growth. He has a handful of regular volunteers, including Brennan McCarthy who not only follows SPIN Farming techniques, but also helps with the weeding, watering, fertilizing, picking and planting. It is truly a community effort which is making this stand successful. In addition to the vegetables, Ostering also sells honey, from a local beekeeper in Cedar Grove, farm-fresh eggs and this week he will have blueberries and corn from New Jersey farms. The produce has been selling out each weekend, so get there early for the best choices.

To get to the farm stand, something that had baffled me for years, from Pompton Avenue turn right on Commerce Road and turn right at the first entrance. Bear left and follow the winding road to the parking lot.