The Jersey Embroidery Mets, led by coaches Chris Bujonowski, Mark DiPaola and Mike McKeen bested the As in a three-game series to win the VBSL Majors World Series on Thursday, June 20. After two well played pitchers’ duels in games one and two, the Mets’ bats came alive to take the championship in a high scoring, 2 1/2-hour marathon game three with a 13-10 win.

Pictured standing from left in back row is Chris Bujnowski, Mark DiPaolo and Mike McKeen. Standing is Vincent Anello, Brandon Cariani, Phil Beben, and Matt McNally. Kneeling is Dean DiPaola, Brady Swanstrom, Bryan McKeen, Gabe Quagliata and surrounded by all is Nikolai Bujnowski. Missing from the picture is Brendan Irwin and AJ Farro. 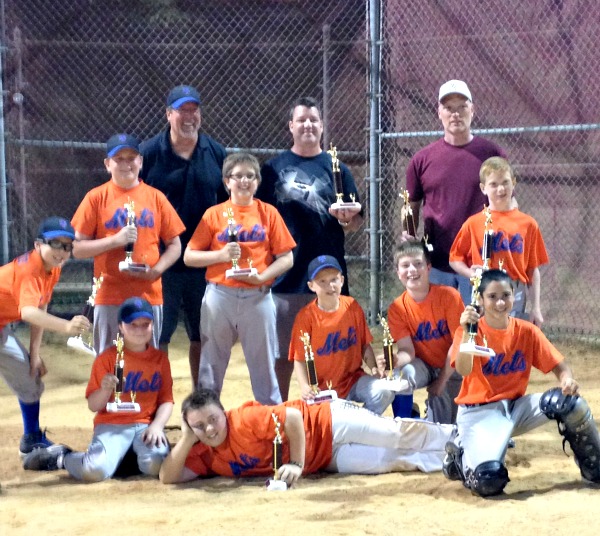