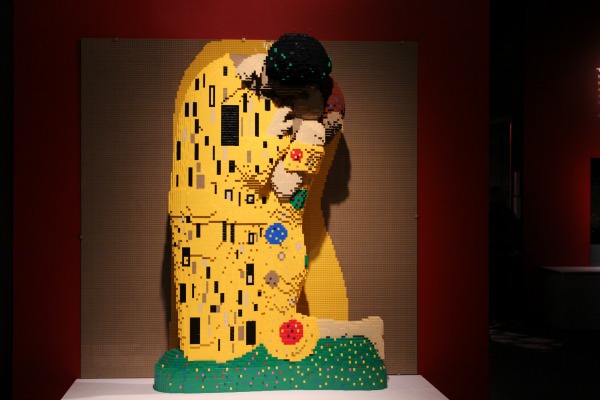 If you are a Lego parent (as most of us are here in Verona), you are accustomed to seeing the bricks as space ships and pirate ships, skyscrapers and castles. But as a piece of art that you might hang on the wall like one of the kids’ school masterpieces? Not so much. So be prepared to be blown away when you take the kids to see “The Art of the Brick” at Discovery Times Square in Manhattan.

The show is the work of Nathan Sawaya, an artist who works exclusively in Lego bricks. And from the opening piece–Gustav Klimt’s The Kiss rendered in multicolor plastic, it is very clear that Legos can be something other than a construction tool. Sawaya believes firmly that “art is not optional” in our world and that it can be created in many different ways. 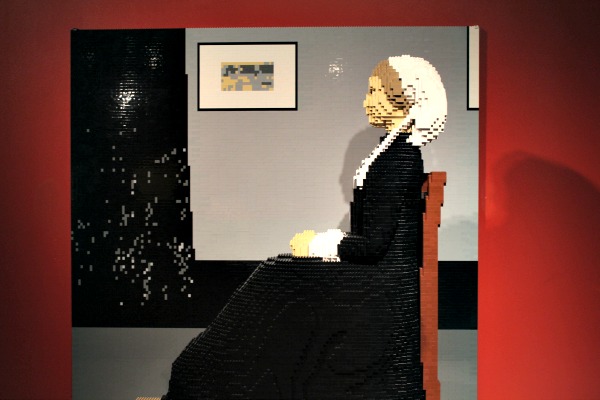 To drive the point home, he has re-created everything from James McNeill Whistler’s Arrangement in Grey and Black No.1 (more popularly, Whistler’s Mother) to Edvard Munch’s The Scream and Michelangelo’s statue David in Lego bricks. Some of the paintings have been re-imagined as 3D works, others use flat Lego bricks and dots to great effect: Wait until you see Sawaya’s version of the so-called Rose window from France’s Chartres cathedral. Take the kids to see Sawaya’s works and then you can head out to show them the originals, many of which are on display in New York City museums: Van Gogh’s Starry Night, for example is at the Museum of Modern Art.

If you saw Sawaya’s show at the Morris Museum two years ago, there are many more reasons to see the DTS exhibit. Yes, Sawaya’s signature sculpture Yellow makes an appearance, but 56 of the more than 100 pieces on display have never been seen before, including a Lady Liberty that is a tribute to Yellow. 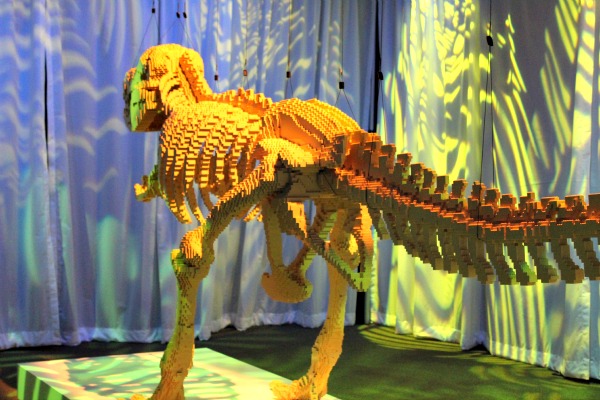 There are Sawaya’s interpretations of other artists and many pieces entirely of his own creation, including a swimmer doing the freestyle through a lake of Legos. Kids who have seen Night at the Museum will get a kick out of the Easter Island Moai (“you give me gum-gum dumb-dumb”) and Rodin’s The Thinker. The Moai is the second-largest piece in the exhibit, with more than 75,000 Lego bricks. Sawaya works in the same Lego bricks as your kids–no special shapes or colors and, if you go to the giant Lego store at Rockefeller Center after the show, you will not find any special tie-ins to the artist. 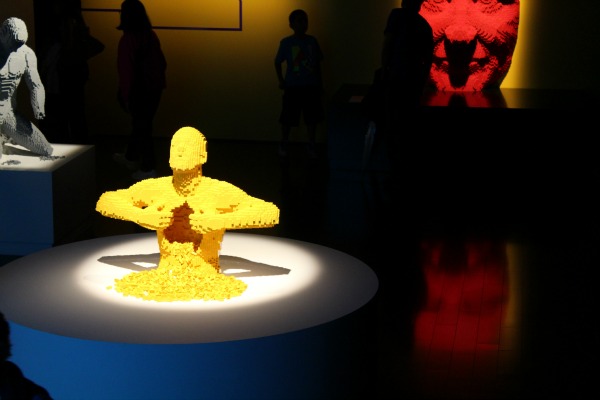