Arrest Made In Subway Robbery 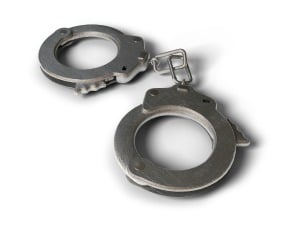 FBI special agents arrested a Newark man at his home this morning in connection with an armed robbery of a Subway restaurant in Verona, N.J., U.S. Attorney Paul J. Fishman announced.

Jamar Darby, 26, is charged by criminal complaint with one count of committing a Hobbs Act robbery and one count of using a firearm during a crime of violence. He appeared this afternoon before U.S. Magistrate Judge Joseph A. Dickson in Newark federal court and was held without bail.

According to the criminal complaint filed today: Between December 2012 and May 2013, Darby participated in a number of armed robberies of New Jersey commercial establishments throughout Essex and Union counties.

For example, on May 20, 2013, Darby brandished a handgun as he and two other men entered the Verona Subway. Darby and another robber restrained a Subway employee by tying the employee’s hands and feet with plastic zip ties and stole money from the cash register before fleeing.

U.S. Attorney Fishman credited special agents of the FBI, under the direction of Special Agent in Charge Aaron T. Ford in Newark, with the investigation leading to today’s arrest. He also thanked the Belleville, Bloomfield, Kearny, Linden, Maplewood, Newark, Paramus and Verona Police Departments, along with the New Jersey State Police and the Essex County Prosecutor’s Office for their work on this case.

The government is represented by Assistant U.S. Attorneys Jamari Buxton and Rahul Agarwal of the U.S. Attorney’s Office General Crimes Unit in Newark.

The charges and allegations contained in the complaint are merely accusations, and the defendant is considered innocent unless and until proven guilty.
13-264 ###
Defense counsel: Carl Herman Esq., West Orange, N.J.