Bear Safe, Out Of Verona 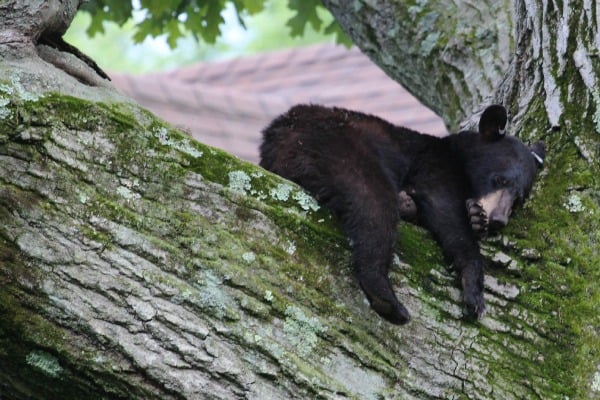 It took a large part of the Verona Police Department, the bucket truck from the Verona Fire Department and some bear control experts from the state, but the black bear cub that was wandering through the Afterglow section of Verona on Friday afternoon is now safely outside town.

The cub had been wandering across the border of Verona, Cedar Grove and Montclair for much of the last week, after what may have been a sibling cub was treed and tranquilized in Watchung Plaza in Montclair.

The police got their first call about its latest appearance in Verona just as school was letting out on Friday. Brookdale Avenue elementary school is located in the southeast corner of town, as is The Children’s Institute.
- Advertisement -

The bear was wandering in yards between Sunset Avenue and the businesses at the intersection of Pompton and Bloomfield avenues, at one point taking refuge in the bushes behind the Subway store at 45 Bloomfield Avenue.

Bears have become more prevalent in New Jersey in the last decade, and there have been others that have wandered down from the Highlands into Essex County. The state Division of Fish and Wildlife advises that bears who are just being bears–wandering and foraging but not bothering humans, animals or property–should just be allowed to wander. 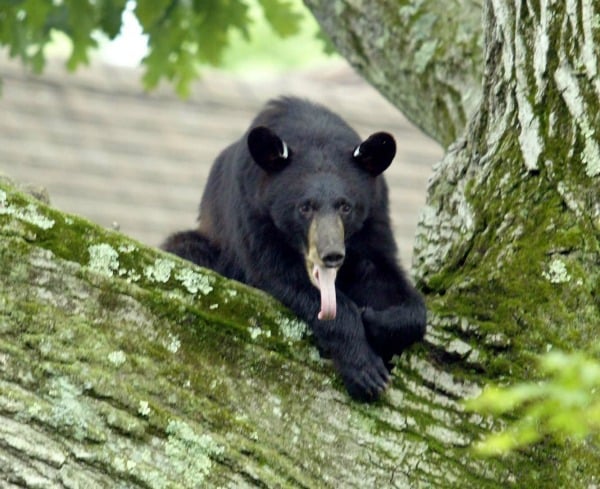 This bear had metal tags on both ears, which suggest that she–this one turned out to be female–had already been identified by Fish and Wildlife as a so-called nuisance bear. State bear management folks try to encourage nuisance bears to go back to a more appropriate bear habitat, and so at about 5:30 p.m., a Fish and Wildlife employee shot a round of rubber buckshot into the bear’s posterior. The bear then ran across Sunset into the Afterglow section, which ends at the Eagle Rock Reservation. 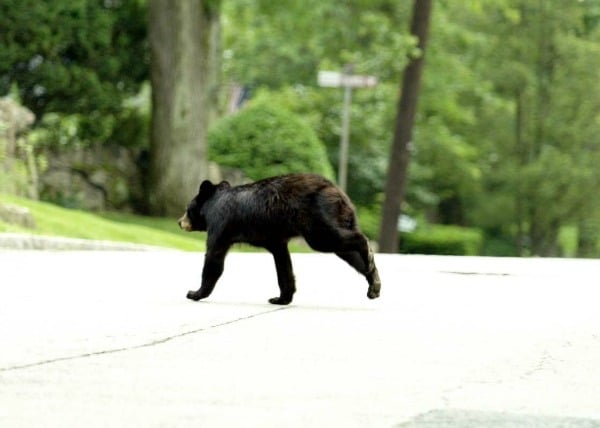 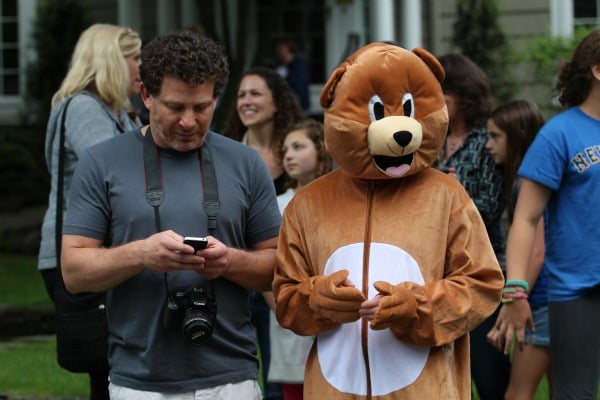 But instead of going into the reservation, the cub decided to climb a tree at 70 Afterglow Avenue. A large crowd of parents and children gathered to watch, making the afternoon feel much like a block party. The cub seemed comfortable in her perch, but when she attempted to climb down, police cleared the area near Gordon Place and used smoke flares to convince the bear to stay put. Verona Police Lt. Chris Kiernan positioned himself at the base of the tree, and seemed to be using his powers of verbal persuasion. 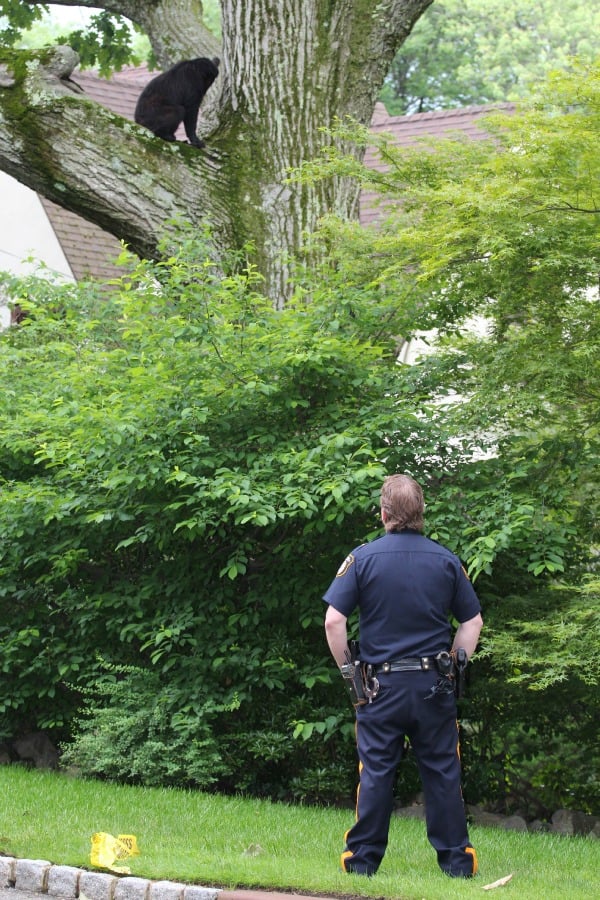 The bear stayed in the tree until just after 9 p.m. when another Fish and Wildlife employee climbed into the bucket truck and hit her with a tranquilizer dart. The bear has been relocated to a state park. 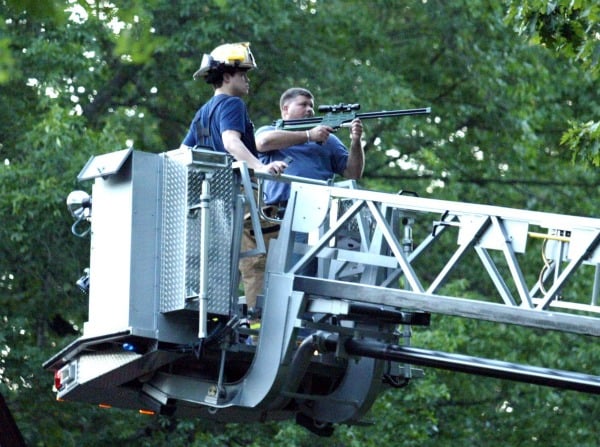 Photos of bear with ear tags and on Sunset, as well as bucket truck marksman are copyright Jeff Stiefbold. Used by permission.