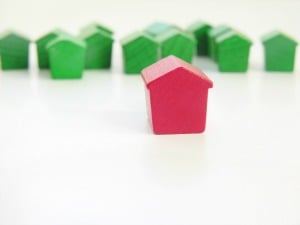 Superintendent Steven A. Forte invited real estate agents to his office this morning to help them sell listings by selling their buyers on the strengths of Verona’s public schools.

Forte reviewed the district’s academic achievements–advanced placement tests, college acceptances and dual enrollment programs–and compared averaged property taxes here to those of towns in our comparable schools group. Though a majority of the realtors present were Verona residents who had children who were in, or had graduated from, Verona’s public schools, not all were aware of the dual enrollment program, which allows Verona High School students to take college courses at VHS at a substantially lower cost per credit than if they were to take them on campus. Forte also addressed questions about Verona’s new emphasis on AP courses, which has resulted in higher enrollment in those programs and higher results: 269 AP tests were administered in 2012, compared to 170 in 2010 and the percentage of students scoring a 3 or better rose to 68.4% from 41%.

Forte stressed the strengths of Verona’s sports and music programs, and what he has done to encourage families to stay in the district through high school–even going so far as to call the families of students who were going to private schools to convince them to stay. He also noted that, if home buyers did choose other towns, they could still come to Verona by paying an out-of-district tuition. Cheryl Nardino, the schools’ business administrator, said that out-of-district enrollments, while small, have doubled since Forte began to encourage them.

After the presentation, Forte took many of those present on a tour of the high school. The realtors at the meeting included Rick Lodato, Jeanne Bongo, Patty Bishop, Bruce Snogans, Ava Zebrowski and Lauren Orsini from Prudential New Jersey Properties in Verona and Lucia Gagnon from RE/MAX Park Square in West Caldwell.

Forte has made outreach to the business community a point of his administration: He has joined the North Essex Chamber of Commerce, allowed businesses to advertise on the school district’s Web site and engaged businesses in several fundraising efforts. At the most recent Board of Education meeting, he noted that  Decozen Chrysler Jeep Dodge had donated $2,800 to the Verona Foundation for Educational Excellence. DeCozen announced in February that it would donate $200 to VFEE, which helps teachers fund curriculum innovations that the school budget is unable to cover, for each car purchased by a Verona resident.

The outreach also included the breakfast today. Forte handed the agents stacks of brochures on the Verona school system, which he noted had been printed thanks to donations by two businesses, 1st American Lending, a Fairfield-based mortgage company, and the State Farm office in Caldwell.