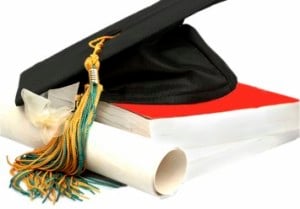 Drew University: Kimberly Ammiano received a bachelor of arts degree from Drew University on Saturday, May 18, 2013, at the university’s 145th commencement.

Macalester College: Hana Masri graduated cum laude from Macalester College in St. Paul, Minnesota on May 18, 2013. Hana was a double major (International Studies; Political Science) and completed two concentrations (Human Rights and Humanitarianism; Critical Theory). In her time at Macalester, Masri completed three Capstone projects and an honors thesis entitled “The Performative Speech and Silence of Rape Trees: Staging Sexual Violence Against Migrant Women in the U.S.-Mexican Borderlands”. Masri presented another paper entitled “The Relationship of Contestation Between Women and the State in Nicaragua” at the National Latin American Studies Symposium in Birmingham, Alabama in April. She also won a grant, in her senior year, to continue her work with a women’s rights group she co-founded in Nicaragua. Masri will spend part of her summer assisting with another grant-funded program in Mexico City before beginning a fellowship with MATCH Corps in September where she will be tutoring students in an urban school in Boston.

Has a Verona resident that you know earned an undergraduate or graduate college degree this May? Send us the information at [email protected].