Crock It! Beef Shanks With Rosemary And Pomegranate 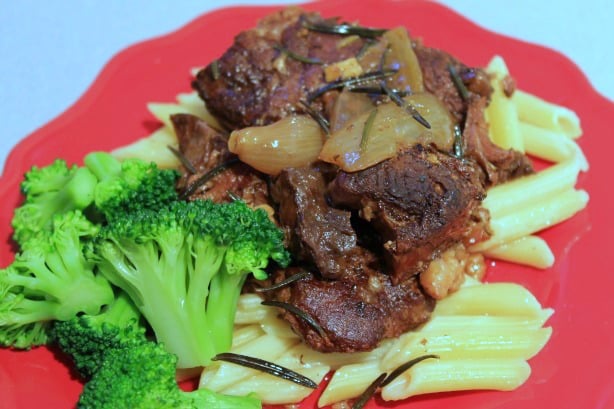 As much as I am craving lighter foods and lighter flavors given our (finally) warmer days, I’m finding that with the juggling of sports schedules, homework, and the need to have more “free time” during dinner hour, I’m not quite ready to give up my slow cooker just yet.  Spring is definitely here though, and since the rosemary in my herb garden has survived our “wet” season I thought this recipe would be a good way to use some of it.

The first time I tried this recipe, I used lamb chops (I couldn’t find the lamb shanks the original recipe called for) and some cranberry sauce I had in the refrigerator. I was looking to combine the sweetness of fruit with the rich taste of lamb. I came to a conclusion at the end of that first trial that lamb chops should be grilled and that is that. By the time I went for the second try, months had passed. There were still no lamb shanks in the store and my cranberry sauce had been eaten. I substituted beef shanks (much easier to find) for the lamb and used some pomegranate balsamic vinegar instead of the cranberry sauce. The taste was much better for both the meat and the sauce. It was an easy meal that the whole family ate and kept me away from the stove while prepping to get out the door, lacrosse sticks in hand.

Crock It! Beef Shanks With Rosemary And Pomegranate 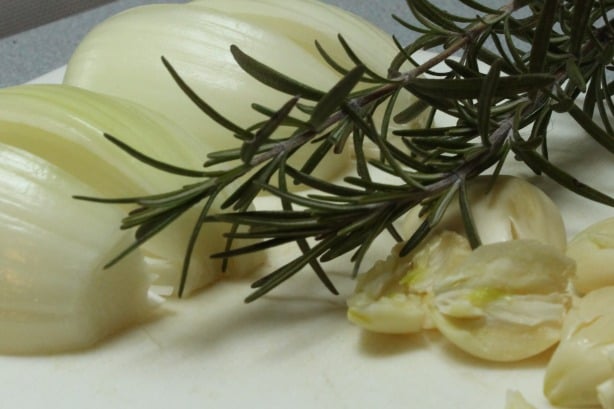 Season shanks with salt and pepper and brown, in batches, in olive oil, cooking for 3 to 4 minutes per side. Place browned shanks in slow cooker. 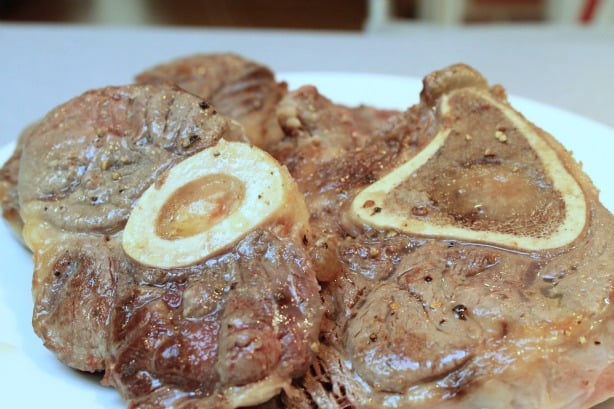 Sauté onion in pan for 3 to 5 minutes, until lightly browned. Add garlic, and cook for 1 minute more. Add to slow cooker. 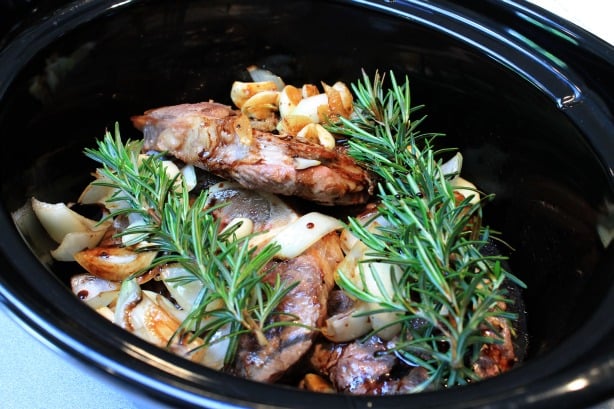 Cover and cook on high for 4 hours.

Notes From My Experience:

If I were to make this again, I’d add some pomegranate seeds as garnish to the final dish for a little fresh juice flavor.

I served this over penne pasta because that’s what I had in the cabinet. I do believe it would have been better served over quinoa or rice, I just didn’t have any at the time.