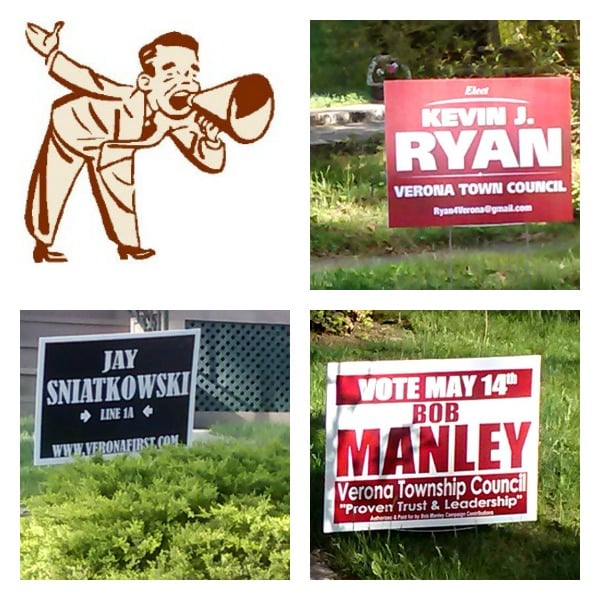 In an extremely close race, Kevin Ryan, Jay Sniatkowski and Bob Manley seem to have won re-election to the Verona Town Council on Tuesday. But the results are unofficial and do not include the provisional ballots.

Ryan, who joined the Council in 2011 to fill an unexpired term was the lead vote getter this time around with 1,153 votes. The tallies were:

Turnout for the highly contested election was a paltry 21.2%, with only 7.9% of the voters in district 1, the Claridge towers, turning out. The total turnout in the 2012 presidential election was 65.7%, down more than 10 percentage points from the 2008 general election. The new Council will be sworn in in July.