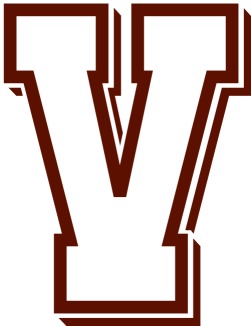 Newsweek magazine is out with its list of the 2,000 best high schools in America and Verona High School is ranked 718 on the list, up from 775 on the 2012 list.

The list is intended to be a measure of the public high schools that are most effective at turning out college-ready graduates. It is based on six components: graduation rate, college acceptance rate, AP/IB/AICE tests taken per student (25 percent), average SAT/ACT scores, average AP/IB/AICE scores, and percent of students enrolled in at least one AP/IB/AICE course.

Like some of the other high school rankings that have come out in recent years, the Newsweek list includes both schools that accept all students (so-called open enrollment schools), as well as those that have a selective enrollment. The No. 1 school is the Carol Martin Gatton Academy of Mathematics and Science in Kentucky, a selective magnet school that had an average SAT score of 2070 and an average AP score of 4.5. The highest ranked high school in New Jersey, High Technology High School in Lincroft, is also a selective magnet school. Its average SAT was 2113 and its average AP score was 4.5.

There are 79 open enrollment high schools from New Jersey on the list and Verona is ranked 44 among them. The top open enrollment school is Millburn High School, ranked 69 on the overall list with an average SAT of 1873 and an average AP score of 4.4. According to Newsweek, Verona’s average SAT score was 1549 and its average AP score was 3.3. Cresskill and Glen Ridge, the two schools that the Verona Board of Education most frequently uses in its comparisons, were ranked 361 and 836 overall respectively.

The Newsweek list is based on data reported by the schools themselves for the 2011–12 school year. The magazine says it invited more than 5,000 U.S. high schools to participate in the survey and nearly 2,500 responded.

“This honor comes as the result of many years of planning and implementation of new curriculum and expanded offerings district-wide,” the district said in a prepared statement. “This is truly an amazing accomplishment for Verona.”

You can read all of Newsweek‘s report here.