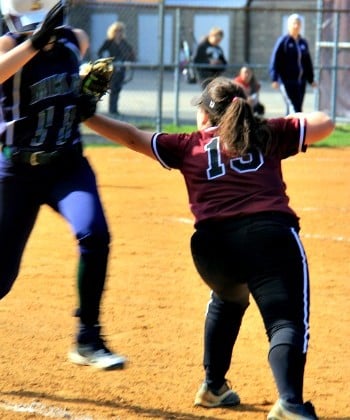 It was anybody’s game until the seventh inning, when it abruptly became MKA’s: The Verona High School softball team fell to Montclair Kimberley Academy 7-4 yesterday at home.

The teams were tied 4-4 at the top of the seventh, when MKA’s Gina Guccione hit a double that sent two runners home. Their play had been evenly matched throughout the game: Caroline Chivily and Shelly Herman had the hot bats for Verona, with Chivily pounding out two runs and two doubles in her three at bats, while Herman had two hits and one double to her credit. Olivia Feiger belted a triple that sent two teammates home. Verona also got a lift from strong fielding by seniors Laura Hart–this week’s Verona Sports Boosters’ Senior Athlete of the Week–and Brianna DaRin.

Verona softball, which is now 6-8, travels to Belleville today for a 4 p.m. start. The baseball team plays its annual rivalry against Cedar Grove at Jackals Stadium at 7:30 p.m. 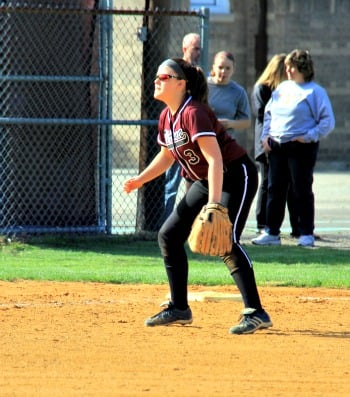 In other sports, the girls lacrosse team suffered a close 21-19 defeat to Madison at Centennial Field. Casie Milmoe and Jackie Brozyna had four goals apiece on the afternoon, while Lauren Ednie and Olivia Marino each had three. Amanda Maguire, a freshman, improved her record in goal with 11 saves. The girls lacrosse squad is 7-5 and takes on Bernards High School in an away game on Thursday.  The boys lacrosse team travels to Clifton this afternoon.