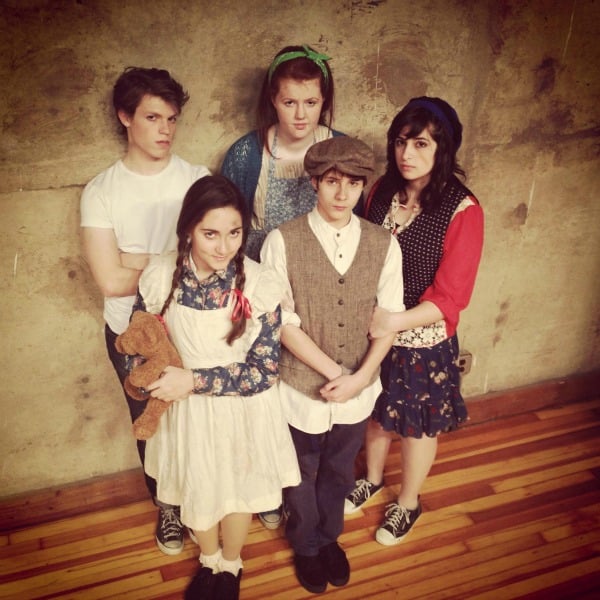 Veronans Michael Hardenberg, Maura Cuddihy, Kelly DiGeronimo and Patrick Citrano (pictured here with Abby Lebet of Caldwell) will be performing Urinetown at the First Presbyterian Church in Caldwell. The show, which also includes Paul Salierno of Verona, will take place Friday to Sunday, May 10, 11 and 12 at 7:30 p.m.

The suggested donation for tickets is $10 and you can buy them through the church or from any of the Verona students in the cast.

Urinetown is a musical satire about a world in which one of life’s basic necessities is controlled by a corporation that puts profits ahead of people. It’s a good jumping off point for a discussion with your high school student about social justice.

The show is directed by Barbara Piercy, First Presbyterian’s minister of music and a Verona resident. The performers are all part of the church’s Westminster Choir. The choir sings regularly at church and also performs a musical each year, including past shows of Godspell, Jesus Christ Superstar, and Pippin. In addition to the spring performance in Caldwell, the cast performs on tour in host churches during weeklong trips in winter.

The kids also created this video to promote the show.