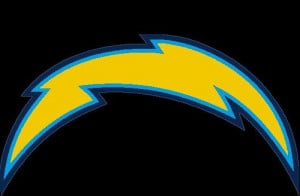 There are going to be some new pro football flags flying in Verona this fall: Dan DePalma has agreed to a two-year deal with the San Diego Chargers.

The team announced the wide receiver’s signing over Twitter last night, as well as that of fellow WR Deon Butler and cornerback Cornelius Brown. Butler and Brown have both agreed to one-year contracts.

If you’ve been following DePalma’s career, you know that the Verona High School graduate signed with the Jets in July 2011 after the NFL lockout. He was waived by the Jets and was picked up for the Giants’ practice squad. Many football commentators credit some of the Giants’ success at Super Bowl XLVI to the way DePalma learned to imitate Wes Welker’s style of play. After initially being waived by the Giants after training camp last fall DePalma was brought back onto the practice squad for the last five games of the season.

DePalma’s is not the only Veronan who will be in a new pro uniform this fall. In March, Anthony Fasano inked a four-year $16 million contract with the Kansas City Chiefs. And that could make for some interesting cheering at the Verona Inn: The Chargers are scheduled to play the Chiefs at Arrowhead Stadium.