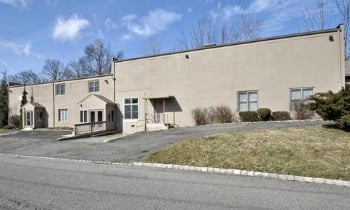 The low-slung building near the corner of Depot and Personette streets doesn’t seem to be one of those iconic American corporate addresses. You wouldn’t mistake it for the Sony Building or Citicorp Center in Manhattan, the California headquarters of Apple or Google, or even the Annin Flag building on the eastern side of Verona.

And yet it can claim some recognition for its contributions to the American economy. Kiefer Brush and Broom, a maker of industrial cleaning products, was based here for decades. The building went high tech a while back, becoming the home of OFR, a maker of highly specialized optical components used in the manufacture of lasers. But OFR was acquired by a company in Newton, N.J. in 2006, and in early 2010, the last of its Verona employees moved to the headquarters location. Now, the building’s longtime owner is looking to sell it to a new entrepreneur. 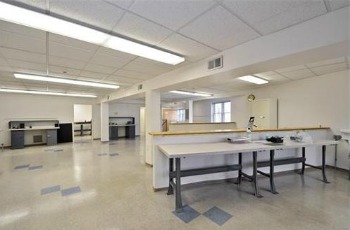 “It’s a nice building,” says Don Wilson, who was also the founder of OFR. “The floors are poured concrete, so you can put anything on them.”

Wilson, who listed the property for sale last year at $950,000, is throwing the doors wide open for ideas on what the building could be now.

At 12,000 square feet, 62 Depot Street is one of the larger commercial properties in Verona. It is zoned for light industry, which opens it to a lot of possibilities. With several entrances, open floors, lab spaces and office spaces, it could be the home of one new business–or several. The brokers for the property, Robert Weber and Sharon Gill of Prudential New Jersey Properties, have conceptual drawings for four and 12 office units. Wilson would also consider leasing some of the space and using the rest for his new optical components business, Innovation Photonics. (For those of you taking physics at Verona High School, the devices are used in the manufacture of quantum cascade lasers.) 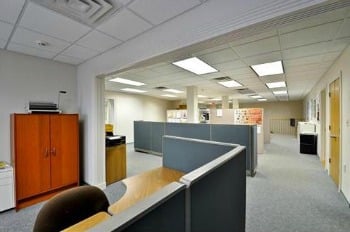 Wilson heavily renovated the building when he bought it, putting new mechanicals and soundproofing. “It was an extremely loud building as a brush factory,” he says. There are now six separate heating and air conditioning systems in the building, which looks like a rectangle from the street front, though it actually tapers from south to north.

So what could 62 Depot Street be now? Though there is parking for 30 cars, we can probably rule out the usual Verona real estate trinity of a bank, nail salon or pizza parlor. Wilson toyed with breaking it up into duplex condos for a while. But one gets the sense that Wilson’s soul–and that of the building itself–lies in entrepreneurship: Kiefer grew so much that it’s now in a space twice as large, OFR became prominent enough to be acquired. If you’re an entrepreneur with an idea, this could be a building you need  to see.