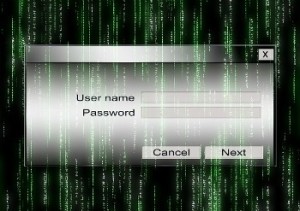 A new Board of Education pilot program to have Verona High School students wear their student ID cards may have inadvertently exposed student computer passwords.

Last week, the BOE unveiled the plan, which was intended to identify who belongs in VHS and who doesn’t. Beginning this week, students were asked to wear their ID cards on a lanyard or clip them to their clothing. A VHS staff member was to check to see that all students entering the building had their ID visible. IDs were also to be checked in the first class of the day.

But a sharp-eyed VHS student pointed out to MyVeronaNJ.com that every student ID card carries a number that has been part of the password that students need to use computers in school. If the card is kept in a wallet or locker, that information is out of public view. But when it is displayed around a student’s neck, it could make it possible for a VHS student, following the general steps for logging on to school computers, to log on as another student.

MyVeronaNJ.com brought this to the attention of the BOE yesterday, and Superintendent Steven A. Forte immediately asked VHS Principal Glenn Cesa to implement a change to the password procedures. “We should have done that anyway,” Forte conceded. “We should be on a constant pattern of requiring passwords to be changed.” Forte noted that that most VHS students are not wearing their ID cards so far. Under the pilot program, it is not mandatory to do so, although in theory a student who does not have an ID available could be referred to the attendance office. It is not known whether any students had their passwords compromised this week.

BOE member Glenn Elliott expressed dismay with the password snafu. “This is a legitimate concern and another example of unanticipated issues when proposals are not properly thought through and vetted,” he said by e-mail. “This Pilot was rushed into place with no public input or comment in an effort to demonstrate that we are ‘doing something’, and it brings us to this point.”

Elliott, who voted against the ID card program, also said that he intends to raise another card-related issue at the next BOE meeting: It identifies students in photos that may be taken. “Think of all the pictures that are taken in schools that are posted to social media sites,” he said. “Students will now have a sign around their neck telling the world their full name.”