School Budget: What’s In, What’s Out 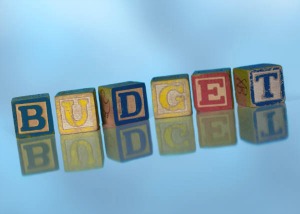 Every year, Verona’s public school budget must cover items that are mandated, but not funded, by politicians in Trenton. This year is no different. Verona’s 2013-2014 school spending will include $30,000 for a new, state-mandated teacher and administrator evaluation system.

In a budget of $30,158,641 overall ($28,496,254 of which will be paid through property taxes), $30,000 doesn’t seem like much. But it is more than twice as much as Verona is able to allocate for new textbooks, and those textbooks will cover only two subject areas, Spanish and history.

On March 5, the BOE tentatively approved a budget that calls for a 2.5% tax levy increase, or roughly $136 more per household annually. Superintendent Steven A. Forte said then that the district would need to make some cuts to contain the spending, and last night we heard what they were.

Freshman sports will not be restored under the 2013-2014 budget. Cut under the 2010-2011 budget, they were a long shot at best for the coming year. But Forte said that he is working to secure private donations that could bring freshman sports back.

There will be no funds for the security director job that Verona was going to share with Millburn. Drawn up in the wake of the Newtown, Conn. elementary school massacre, the position would have been funded 40% by Verona and 60% by Millburn. When Forte presented the BOE with the job description, he said Verona’s annual cost would be between $20,000 and $25,000–roughly comparable to the cost of a security audit of the district’s six school buildings. The new position would have overseen security, but not have functioned as a security guard.

There will be no funds for technology upgrades, which means no expanded wireless connections or tablet computers to supplement books in the VHS library, which Forte had championed. It also means that Verona’s outdated firewall–which protects school systems and networks from attacks–will have to continue to limp along.

There will be no funds for raises for classroom aides, who have not had an increase since the recession. Forte said that Libby Skinner, Verona’s director of special services had proposed a percentage raise for all aides that would have cost the district $20,000. Forte indicated that he preferred a merit-based plan that would have directed more money at aides who expanded their skills, but even that had to be taken off the table. There will be another cut in the line for supplies to all classrooms. To see the impact of this, know that restoring $20,000 to the supplies budget would raise the tax levy to 2.57%.

There will be no additional money for buildings and grounds work. While regular maintenance will continue, the BOE will shift major work to a referendum. There were no details on what a referendum might include or cost at last night’s meeting. The 2012-2013 budget even shifts the cost of the engineering study needed to support the referendum to the referendum itself. Which means that, should the referendum fail, the $64,000 cost of the study would have to come out of the budget.
- Advertisement -

So what will our spending buy us? Verona will be spending $180,000 on a new special education course that we need because our students are aging out of the programs we currently have. While that sounds like an enormous amount of money, Forte said that we would have paid $100,000 more than that to send the affected students out of district.

We will get a so-called STEM program in grades one to four, starting in September. STEM stands for science, technology, engineering, and mathematics, and it is a curriculum focus that has become a priority for school districts across the country.

There will also be a shifting of staff to the middle school from the elementary schools. Both the current and the incoming fifth grade classes are large and there will be a smaller number of students the elementary schools in the fall. Forte said that the shifts will keep class sizes at H.B. Whitehorne at around 23, as opposed to 28 had the changes not been made.

- Advertisement -
There was ample discussion around “breakage”, the savings that the BOE might realize from staff departures. On Monday, Laning Avenue Principal Frank Albano announced his retirement. Albano, who has been with the Verona school district for three decades, earned $133,446 a year according to the most recent publicly available information. While no plan has been announced for Albano’s replacement, BOE President John Quattrocchi said the board has “put in a breakage amount for Albano’s position that is less that what we need.” There could be more retirements ahead: Typically, most school retirements and departures don’t occur until after Verona’s budget is approved; the savings can offset differences in other lines that crop up during the budget year.

Quattrocchi asked his fellow board members to take another look at their spending wish lists ahead of the March 26 BOE meeting, when there will be a public debate and final vote on the budget. “We have reduced $700,000 from a list I had two meetings ago to four items,” Quattrocchi said. “We need to go through the list of $700,000 to see what we are accountable for.”