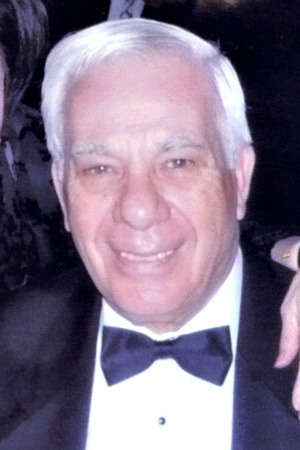 A funeral mass will be offered in Our Lady of the Lake Church, Verona on Thursday, February 28 at 10 a.m. Visiting in the Prout Funeral Home, 370 Bloomfield Avenue, Verona on Wednesday from 2-4 and 6-9 p.m.

Born in Newark, Mr. Mariniello was raised in New York City, returning to Newark and eventually moving to Verona in 1967.

He took a position in 1960 with Industrial Timer Corp. as sales manager and later became vice president of marketing.

In 1975 he was hired as vice president of sales for Aromat Corp., a subsidiary of Panasonic Corp., which took him on business trips to Japan frequently. He remained with the company until 1984 when he started Mariniello Technical Sales in Verona. He sold the business in 1994 and worked as a production manager for the West Essex Rehabilitation Center in Montclair, retiring in 2010.

He was a member of the Verona Fifth Downers and UNICO. He loved Verona Park and looked forward to daily walks with his family and friends.

He was the beloved husband for 49 years to Janice (nee DelBuono) Mariniello, the loving father of Nicholas Mariniello, Marisa Albano (and her husband, Frank), Michael Mariniello (and his wife Barbara), the dear brother of Domenica Fernicola, the adoring grandfather of Rocco Albano, Christopher Mariniello, Matthew Mariniello, Katelyn Mariniello and the fond nephew of Mary Verde. He is also survived by many nieces, nephews, cousins and friends. He was predeceased by his parents, Nicola and Anna Verde Mariniello and his brother, Anthony.

In lieu of flowers, donations to the Verona Park Conservancy, PO Box 143, Verona, NJ 07044, would be appreciated.