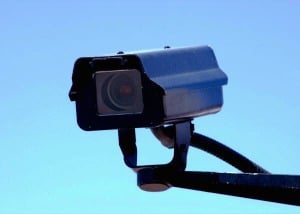 Verona public schools Superintendent Steven A. Forte is seeking support from the Board of Education to hire a director of security.

Forte said his plan was developed in concert with Verona Police Department Chief Doug Huber. The two men have written a job description for the position, the cost of which would be shared with another district. Verona’s annual cost would be between $20,000 and $25,000, with the balance, roughly 60% of the total cost, to be borne by the other district. Forte did not name the district, but characterized it has “high-performing”.

The plan drew support and reservations from board members. “I have concerns,” said Glenn Elliott, “and not because security is not a priority.” Elliott expressed concern about “layering on another administrative expense” and said he would prefer that the district considers a school resource officer, a position used by other districts. “I feel that we can implement these things with our current framework of administration,” Elliott added.

But Dawn DuBois, who was elected to the board in 2011, called it a “great first step.” “It is great to say we can put the burden on existing administrators,” DuBois said, “but something else would get lost in the mix.”

“I want a guy to coach us and lead us to the next step,” DuBois added. “I am not reacting to headlines. I brought this up in September to Buildings & Grounds. I don’t understand why this is not a bigger priority.”

The plan also had support from one member of the audience. Anthony Gardner, the director of the New Jersey State Museum and a new addition to the Verona Public Library’s Board of Trustees, said, “I think that what the superintendent is proposing is a common sense first step.” He said that preparedness was key to saving lives in the 9/11 terrorist attacks: Morgan Stanley had a disaster preparedness plan for its 25,000 employees in the South Tower of the World Trade Center and only six died, Gardner noted. Gardner is the parent of three elementary school children in Verona.

But it could take more than priority to make the new position a reality. BOE President John Quattrocchi noted that the board already needs to cut roughly $700,000 from the 2013-2014 budget to stay within the state-mandated 2% cap.

Forte said he would present a job description to the board for its approval at the next meeting, which is scheduled for February 26. If approved, Forte would seek a commitment from the potential partnering district and seek candidates for the position. “I want to be able to say that, when our schools are in session they are secure,” Forte said.

In other security news, Elliott said that a purchase order has been signed for five new exterior school doors. The doors have to be built to order, so Elliott said that they would be installed sometime after the middle of April.

- Advertisement -
Previous articleVeronans In ‘Grease’ At MKA
Next articleLiving In Color: Ode To Red