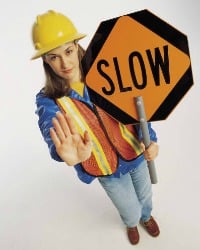 It has taken 30 years, but a clutch of small streets in the northern corner of Verona may finally be getting some attention.

Town Engineer Jim Helb made a presentation to the Town Council last night about Verona’s street resurfacing and reconstruction projects for 2013. Helb put Brookside Terrace, Oak Lane, Birch Lane, Crane Terrace and Peckman Court on the to-do list. The streets, which are bounded to the west by the Peckman River, form a largely closed loop off the bottom half of Franklin Street.

Helb said the work, which he would like to start this summer, would also address some drainage issues in the area. He estimated that all the street work planned for 2013, which would also include stretches of Linden and Personette avenues, would cost about $1.38 million. Verona spent $2.3 million on street work in 2012, and recently got $108,738 for street reconstruction on Personette Avenue and Depot Street refunded through the federal Community Development Block Grant program. But CDBG funding has fallen sharply over recent years, and Helb conceded that he did not know what monies might be available this year.

And there may be another wild card to contend with: Hurricane Sandy. Helb indicated that, because New Jersey would need to fund reconstruction in areas devastated by the superstorm, it could affect road spending elsewhere. He said he has not yet had any indication from the state about what Department of Transportation funds might be available, and called that “troubling”. “Usually, by this point in the year, we know,” Helb added.

There should be more information on road spending in two upcoming presentations on Verona’s 2013 budget, on February 19 and March 11.