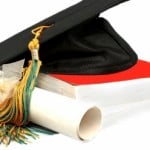 We have received notifications on Dean’s List honors for the following Verona students:

Caldwell College:  The college named 446 students to the fall 2012 Dean’s list, including three students from Verona: Taylor Gambert, Tom Graziano and Brittany Wolfson. In order to achieve this honor, students must maintain a cumulative grade point average of 3.5 or higher and complete at least 12 credits during the semester.

Clemson University: Mette Marie Kolind was named to the Dean’s List at Clemson University for the fall 2012 semester. Kolind is majoring in English. To be named to the Dean’s List, a student achieved a grade-point average between 3.50 and 3.99 on a 4.0 scale. Julianne Garner, who is majoring in secondary education, was named to Clemson’s President’s List. To be named to the President’s List, a student must achieve a 4.0 (all As) grade-point average.

Colgate University: Claire Spardel, a member of the class of 2015, was a recipient of the Dean’s Award for academic excellence during the 2012 fall term.To be eligible for the Dean’s Award, a Colgate student must achieve higher than a 3.30 avereage while enrolled in at least four courses.

Drew University has named Kimberly Ammiano and Claire DuLaney to its Dean’s List for the Fall 2012 semester. In order to qualify for the Dean’s List, students must earn a grade point average of 3.6. or above.

James Madison University: Colleen Bulger, a senior whose major is social work, and Shannon Garner, a freshman whose major is communications studies, have been named to the dean’s list for the fall 2012 semester. Students who receive dean’s list honors must carry a semester course load of at least 12 graded credit hours and earn a GPA of between 3.5 and 3.899.

Sacred Heart University has announced that Joseph Fierro made the Dean’s List for the fall semester 2012. To receive this honor, a student must achieve a 3.6 grade average, based on a 4.0 scale.

Salve Regina University: Alyssa Roshong has been named to the Dean’s List for the fall 2012 semester. Roshong is a junior majoring in Marketing. To qualify for the dean’s list, full-time undergraduate students must earn a minimum grade point average of 3.6 with no grade below a “B” in that semester.

The College of New Jersey: Six Verona students have earned the honor of placement on the Dean’s List at TCNJ for the fall 2012 semester: Tyler Roeland, a sophomore interactive multimedia major; Matthew Silber, a junior interactive multimedia major; Nicholas Licitra, a freshman music-B.A. major; Noah Herman, a junior finance major; Justin Bruso, a junior criminology major; and Nicolas Freschi, a freshman international studies major. To achieve this honor, a student must carry 12 or more credits that semester and have a 3.5 grade point average or above.

University of Scranton: Matthew McManus, a freshman secondary education-citizenship/history major and Andrew Soderman, a junior marketing major, have been named to Dean’s List for the 2012 fall semester. A student must have a grade point average of 3.5 or better with a minimum number of credit hours to make the Dean’s List.

Has a student you know made the Dean’s List this semester? Please e-mail us a note with their name and college.