Flu In Verona: Are We Miserable Yet? 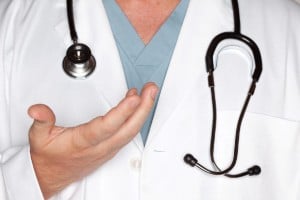 And Verona? Still not so bad.

According to Elizabeth Skinner, director of special services for Verona public schools, there were a few more absences at the elementary level this week, but the overall absentee rate was not above average. Forest Avenue School had five cases of flu or flu-like symptoms reported, F.N. Brown had two, and Brookdale had one. (Skinner did not have statistics for Laning).

At H.B. Whitehorne Middle School, the attendance rate was actually up slightly to 95.08% this week from 94.6% last week. Skinner says that, similar to last week, the highest number of absences at HBW were on Monday, January 14 (6.9%) with a steady increase in attendance throughout the week. Eleven cases of flu or flu-like symptoms were reported on Monday, falling to five by the end of the week.

At Verona High School, the attendance rate is still down slightly. Its highest reported day of absences was Tuesday, January 15 with a 9% absentee rate. Of the 56 absences that day, Skinner says nine were related to flu or flu-like symptoms.

“It is important to note that parents do not always report the reason for a child’s absence when they call the schools,” Skinner says, “and the cases that happen to be reported as flu are not necessarily confirmed cases of flu but those where parents report flu or flu-like symptoms. It appears that we do have some cases of flu in the district but it does not appear to be at the same high levels as reported in other parts of the state or the nation.”

Still, medical experts say this is not a flu to be messed with. Dr. Marjory Langer, the emergency room medical director for HackensackUMC Mountainside Hospital in Montclair says 7% of all its ER visits now are associated with the flu, which is double its norm. Quite a few of the visits have resulted in hospitalizations, from flu as well as from from underlying conditions. Langer says that much of the hospital staff is now wearing masks, which is not something they typically do. “We’re doing everything we can to prevent the spread of flu,” she says.

“The flu can be dangerous,” she adds, “particularly for the elderly and very young. People are at risk, even healthy people, for secondary infections because the flu knocks down your immune system.”

What do to if someone in your household feels flu-ish? Call your primary care doctor and arrange for an office visit. “If they can’t get you in fast enough we’re happy to see you here,” says Dr. Langer. If you think you’re better, stay home for an additional 24 hours after your fever goes away. Oh, and get a flu shot if you haven’t gotten one yet.

And if it’s any consolation, it sounds as if the flu is worse in Verona, Italy than Verona, N.J. According to the Italian daily newspaper L’Arena, flu has cost the city $180 million in economic losses since October.