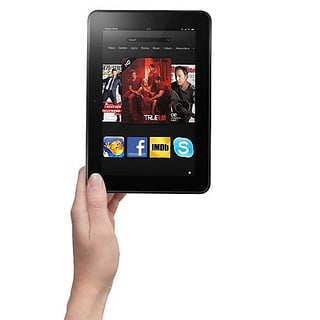 If Santa is bringing you a 4G phone or tablet for Christmas, you’re in luck: It will actually work in Verona soon. Well, maybe.

As those of you who already have 4G devices have learned, having a 4G-capable device doesn’t mean that you automatically get the fastest mobile Internet access. For that to happen, you have to be within range of a 4G cell phone tower. We have a lovely cell tower behind the Community Center that brings us lovely revenue, but it isn’t now a 4G tower.

Just after the first of the year, however, three of the five carriers that use the tower will upgrade their service to 4G, says Jeff Hayes, Verona’s director of emergency management services. If you use AT&T, Sprint or Verizon, you’ll be getting the 4G you paid for (or Santa paid for). If you use T-Mobile or Nextel, you’ll need to ask them why they haven’t upgraded the way the other carriers have.

“No dollars have been expended by the town of Verona to make the necessary upgrade,” Hayes hastens to add. All of the work is being paid for by the carriers, and Hayes is trying to entice them to spend more. He says he has talked to the cell services about adding a second tower on the western ridge of Verona, to serve the new development in Verona and North Caldwell, as well as the Hilltop Reservation, where it can be hard to get any signal at all.

To no avail. “The carriers are not developing new sites,” says Hayes. “They are enhancing existing ones.”

One more thing: The tech information site Mashable says you can use a beer can to boost your WiFi signal. Watch and learn.