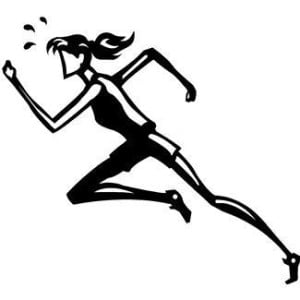 There were 20 high schools competing at Fairleigh Dickinson University this past weekend, but the Verona High School girls track and field team came away with many first place finishes.

Several members of the varsity squad had second place performances as well, including Flores in 3200M with a 12:40 time. The 4 x 200M relay team of Ashley, Laura Williams, Colleen Farrell and Jordan Seubert took second with a time of 1:56.1.

Gabriele Mercurio took fourth in pole vault, with a heigh of 8’6″, and Laura Williams earned a fourth place in long jump with a distance of 14’11”.

In novice performances, Jasmine Okafor won a first place in shot-put with a 29′ 10″ throw and Diana Moczula took fourth place at 27′ 0″. The 4 x 1 lap relay team of Emilia Frizzi, Lauren Ednie, Angel Barkley and Kelly Carr won second place with a time of 1:56.7.