On Monday December 10, members of the Verona Police P.B.A. Local 72 hosted their 37th annual “Holiday Costume Trip”. Verona police officers left their uniforms hanging neatly in their lockers for the day and instead, put on the most cheerful, creative, and colorful costumes that they could find.

Officers then visited numerous special needs schools throughout the county that care for children who are autistic, have cerebral palsy, or who have Down syndrome. The event was created in 1975 by retired Verona Police Captain Fred Di Stefano and still continues with the same strength and enthusiasm as it did when it began.

“The Costume Trip is perhaps the longest running tradition that the PBA participates in,” said Police Sgt. Robert Shafer, who coordinates the event each year. “I am very proud to be a part of something so special. It gives us a chance to get together and make all these children smile and laugh. Seeing how happy the kids get definitely sets the mood for the rest of the holiday season.” 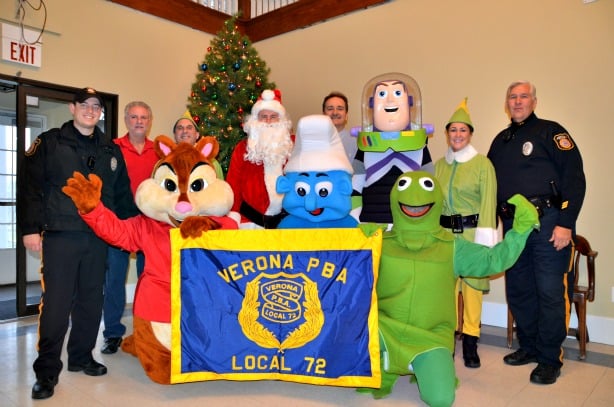