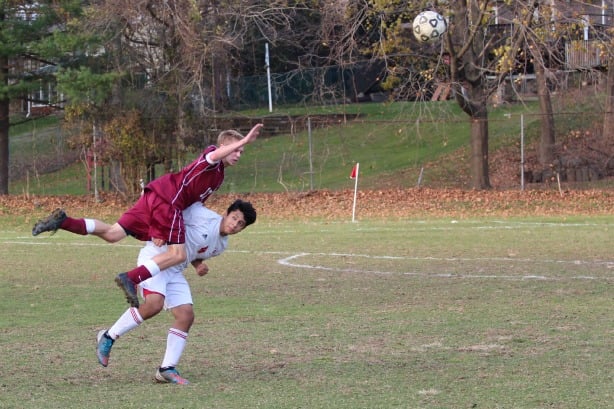 Verona’s boys soccer team allowed two early goals to host Pompton Lakes on Monday afternoon, and fought back valiantly in the latter portion of the game but couldn’t recover from the early deficit. The No. 3 seeded Cardinals went on to a 3-1 victory over No. 6 seed Verona in the quarterfinal round of the North 1, Group 1 playoffs.

The Hillbilly boys conclude the 2012 season with a 8-11-1 record. Pompton Lakes, which fell to Verona a year ago in the sectional playoffs, moves on to the semifinal rounds with a 14-5-1 mark. 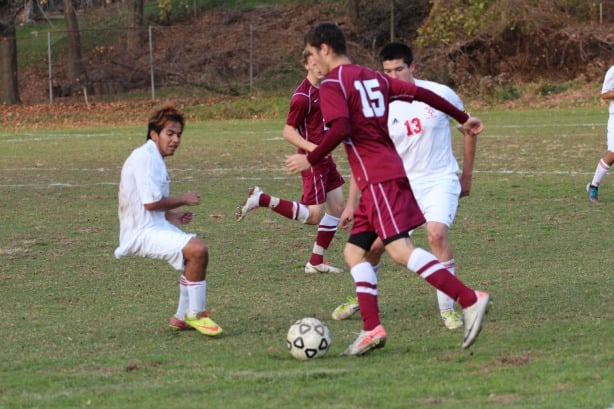 Junior forward Matt Braschi tallied the lone Verona goal on a penalty kick late in the first half, trimming the Pompton Lakes’ margin to 3-1. The teams played a scoreless second half. Pompton Lakes’ high-scoring forward Envar Caymaz scored twice in the contest.

Verona’s defensive pressure was stronger and better coordinated through the second half, led by senior co-captains Aaron Seubert and goalie Mike King. Their efforts — along with outside defenders Walt Brandt, Paul Chanley and senior Alec Puerari teaming with junior Chris Sweeney in the middle — helped keep the Cardinals’ offense in-check. King finished the game with 14 saves.

Meanwhile, the Hillbillies’ offense threatened in the second half, including a breakaway by Braschi that was stopped by the Cardinals’ goalie. Seniors Shaun Degnan, Ryan Lavery, Jake Corbett and Jonathan Tosh, along with junior Jack Yauch and sophomore Ellis Martin battled in the midfield as Verona took more control of the game’s flow over the final 40 minutes, but just couldn’t get the ball into the net. 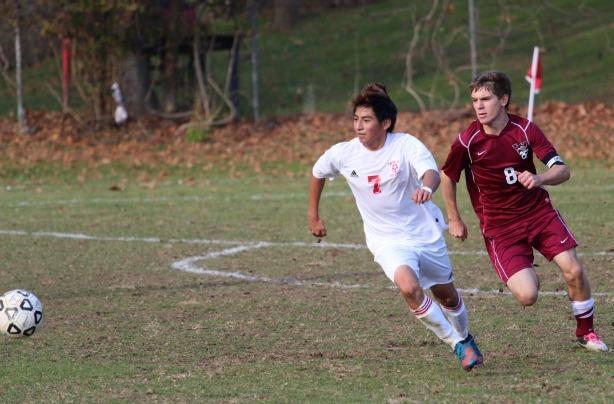 The Verona girls traveled to Waldwick to take on the second-seeded girls team in North 1, Group 1. Diana Flores had three saves for Verona, but the team couldn’t mount a strong enough offense to get on the scoreboard. Waldiwck took the game 2-0 and faces Pompton Lakes in the next round.

The Verona girls end their season with an 11-6-1 record. The team enjoyed strong scoring by senior Olivia Marino, junior Jill Sprong and sophomore Claire Fitzpatrick, and superb goaltending by Flores, a freshman who had 64 saves in games this fall.