Verona View: The War Of The Bands 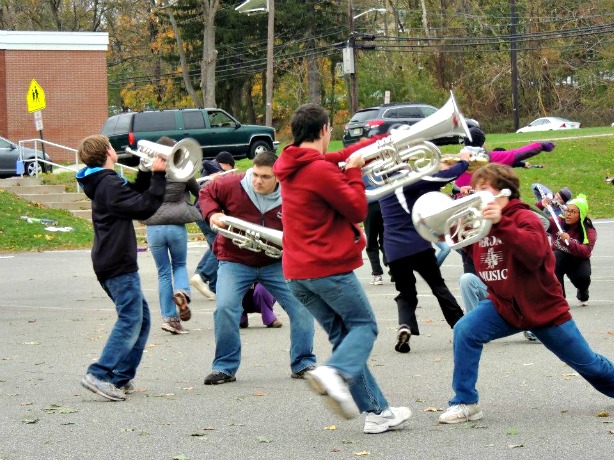 Today, high school marching bands from across New Jersey will converge for state marching band competitions. Some will go to Piscataway; Verona and competitors from Marlton, Elizabeth, Jackson and Phillipsburg will square off in Edison. It is, for Verona, the end of months of preparation and rehearsals: Work on this year’s show, “Romeo and Juliet”, began before school even let out last June. The Marching Maroon & White drilled for hours each week, in heat waves and hurricanes, from well before school began each morning until well after it closed. The show’s fight scene between Montague and Capulet musicians is today’s “Verona View”.

“Verona View” is a new daily photo feature from MyVeronaNJ.com that highlights people, places and events in Verona, N.J. Take a photo with your camera phone, DSLR or anything in between and send it in. MyVeronaNJ.com will feature one reader photo every day. To submit your photo, email it, or text it to 973-632-4015, or post it to our Facebook page.

And if you want to cheer the band on tonight, be at Edison High School at 7:15 p.m. You won’t be disappointed.