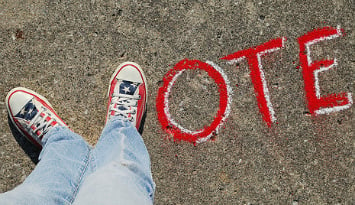 The polls in Verona opened at 6 a.m. this morning and they will remain open until 8 p.m. tonight. All of Verona’s regular polling places are open, except one: If you usually vote at F.N. Brown school you will need to go to Verona High School because the elementary school still has not had power restored.

There are many reasons for you to cast your ballot: from the presidential, Senate and House of Representative races to the local public question on whether Verona should expand kindergarten from a half day to a full day of school. There is also a $750 million bond issue to provide improvement grants to public and private universities in New Jersey and a state public question that would require Supreme Court and Superior Court justices to pay part of their employee benefits just the way private-sector workers do. Verona has also two seats on the Board of Education up for a vote, but existing BOE members John Quattrocchi and Joe Bellino are running unopposed.

The NJ News Commons, a statewide news feed organized by Montclair State University, is running a public service campaign to provide real-time voting information and to monitor voting problems in the state; you can see its real-time feed in the box below. It has also set up an NJ Voter Problem Hotline, 732-903-VOTE, which will be monitored by Montclair State students throughout the day. Voters can also record problems directly on a specialized map.