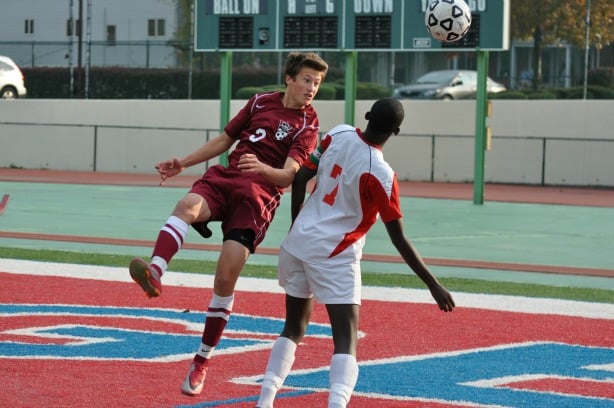 In stunning fashion, Verona’s boys soccer team rallied from what looked like a sure defeat to earn a hard-fought, 3-2 overtime victory over East Orange on Tuesday afternoon at Robeson Stadium.

Junior defender Chris Sweeney, who moved up from the back line to boost the offense late in the game, scored twice in the final minutes of regulation to tie the division game at 2-2. His second goal, off a Verona throw-in, came in the extra time added to the clock to compensate for stoppages in play by the referees for injuries and penalties.

The game-winning golden goal, by junior striker Troy Carrington, came moments after the overtime kickoff, as Verona controlled the ball and quickly moved it to junior Jack Yauch on the left side. Yauch, under pressure, chipped the ball 30 yards down the sideline for Carrington, who was able to get around a defender and then beat the East Orange goalie with a low liner into the net.

With the victory, Verona improved to 7-9-1 on the season and awaits the brackets for the state playoffs, which begin next week. 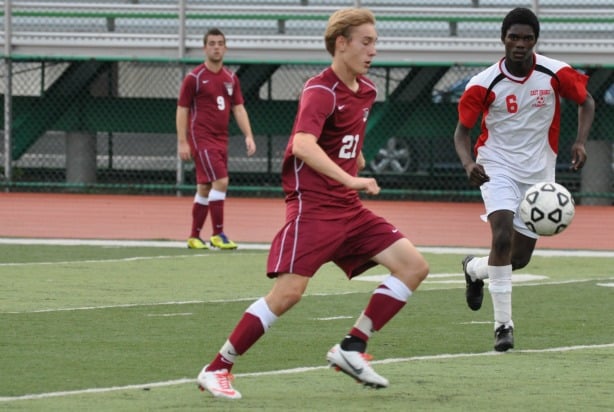 The girl’s tennis team improved their record to 10-9 with a 3-2 victory over Mount St. Dominic Academy yesterday at home. Senior Jackie Noyes pulled out a hard fought 6-4, 7-6 victory in first singles over Sarah Hall. The Hillbillies fell in second and third singles. However, Verona dominated doubles play where Caroline Chivily/Briana Tedesco won 6-0, 6-3 and Angelica Bryan/Nell Karpinski captured a 6-1, 6-1 victory.

Today in Hillbilly Country the tennis team has a home match against West Orange High School and the volleyball team travels to Maplewood to take on Columbia.