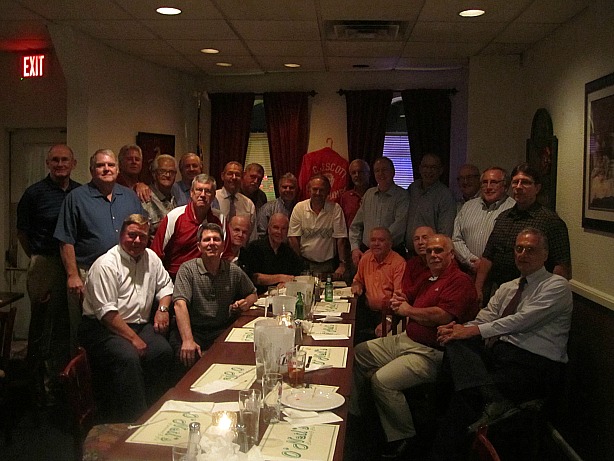 Fred Hill started his coaching career at the former Clifford Scott High School in East Orange in 1965, a few short years before he moved to Verona. His 1966 and 1967 teams won the New Jersey Group 2 Section 2 State Championships. In 1966, Hill’s first year as head football coach, his team won the inaugural Garden State Conference Championship and was also recognized as Group 2 Section 2 State Champs.

Recently, 22 former Clifford Scott baseball and football players reunited at O’Neil’s Restaurant in Verona. These players were instrumental in laying a foundation of success in Hill’s early career that helped Hill to become one of the most successful scholastic and collegiate coaches in New Jersey history. The reunion photo is today’s “Verona View”.

Verona View” is a new daily photo feature from MyVeronaNJ.com that will highlight people, places and events in Verona, N.J. Take a photo with your camera phone, DSLR or anything in between and send it in. MyVeronaNJ.com will feature one reader photo every day. To submit your photo, email it,  or text it to 973-632-4015, or post it to our Facebook page.