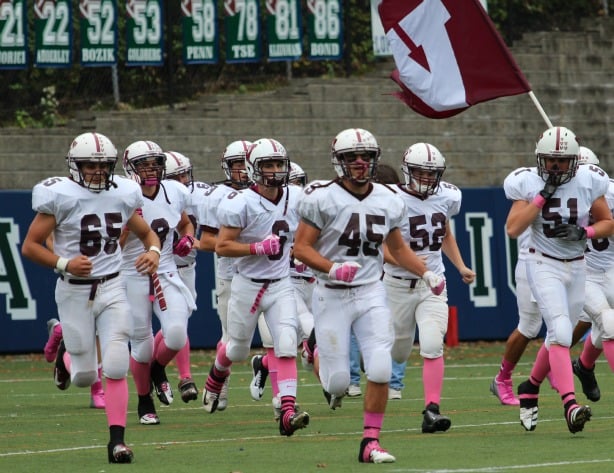 The Hillbillies showed up at Montclair Kimberley Academy‘s Cougar Park yesterday looking to avenge last year’s 35-0 loss at the hands of the Cougars. On the first drive of the game Ryan Flood, Sam Cummings and Quinn Cummings sealed off the Cougar defense enabling RB Frank Greco to cut back off their block for a 1-yard score. Alex Kaslander, who was perfect kicking extra points on the day, put the Hillbillies in front 7-0.

The Cougars really couldn’t do much against the tough Verona defense all afternoon and turned the ball over on downs. RB Matt McKeown and Greco pounded the ball down to the 16 yard line before before QB Frank Ferrari followed lineman Luke Weiss and Joe Cordasco’s block and raced around the outside for a 16-yard TD to go in front 14-0.

The Hillbillies offense continued to move the ball easily. On the next possession Ferrari hit TE Luke Sniatkowski on a 15-yard pass bringing the Maroon and White down to the 5 yard line before Greco ran it in for his second TD of the day. Right before halftime Ferrari hit WR Mike Harrington with a 6-yard TD strike to make it 26-0. 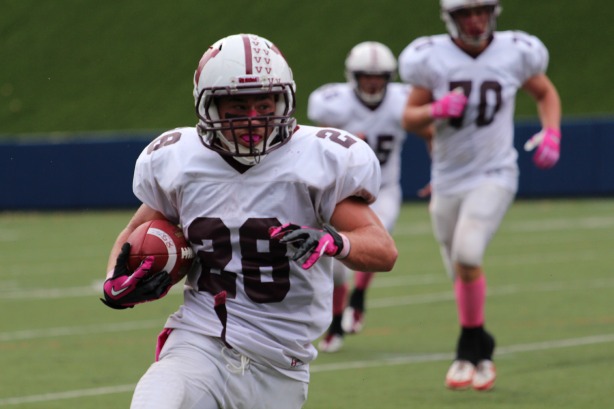 To start the third quarter MKA finally got on the board when QB Rob Panullo ran 26 yards for a touchdown. Ethan Fusco’s kick made it 26-7. For the second time this season, on the ensuing kickoff Harrington followed Mike Perri’s block and ran the ball back for a touchdown. The 85-yard run put the Hilbbillies up 33-7. As Coach Racioppe began to make substitution changes early in the third quarter, McKeown ran his way through the MKA defense for a 25-yard TD run and Greco scored for third time when scooped up a Cougar fumble and ran it in.

For the first time in four games, the comfortable lead gave Coach Racioppe a good chance to see what some of younger Hillbillies can do. After a Cougar TD, freshman Mark Riggio scored on a five-yard run and Matt Intilli made the extra point.

The 55-14 victory put Verona’s record at 3-1 heading into next Friday night’s home game against Glen Ridge under the lights at home. The game time is 7 p.m. 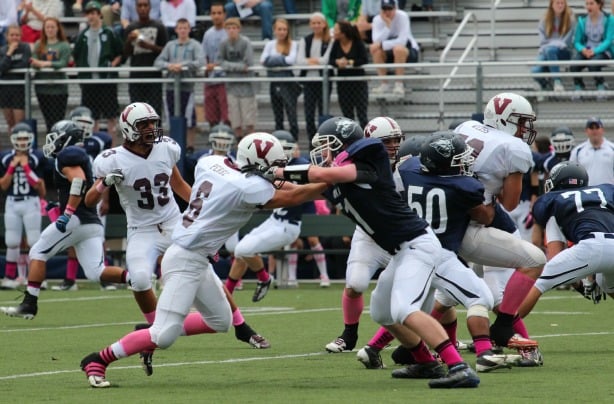