Soccer Takes Wind Out Of Tornadoes 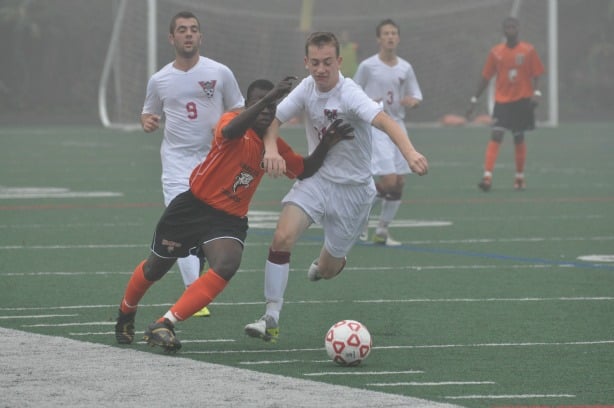 In Essex County Tournament action yesterday, the boys’ soccer team exploded for four first-half goals against the Tornadoes of Orange High School to take a 4-0 halftime lead on their way to a 7-2 victory and their fourth win of the season. The offensive outburst on the foggy Centennial field was for the most part evenly distributed amongst the Hillbillies. Junior Matt Braschi scored two goals and Jack Yauch, Troy Carrington, Chris Sweeney, Joe DeRosa and Jhonathan Mejia. Senior goalie Mike King had five saves guarding the net.

A day after a big upset over Bloomfield High School, the eighth-seeded girls’ volleyball team got ousted from the Essex County Tournament by Barringer High School. The Blue Bears were led by Jaisha and Jamilet Bonilla, who combined for six aces, seven kills, seven assists and eight digs. The loss put the volleyball team’s record at 6-6.

It’s a quiet day in Hillbilly Country. The girls tennis team has an away engagement in Glen Ridge, matches that were rescheduled from yesterday by rain. Rainy condition has played a factor in various cancellations across Essex County the past few days.