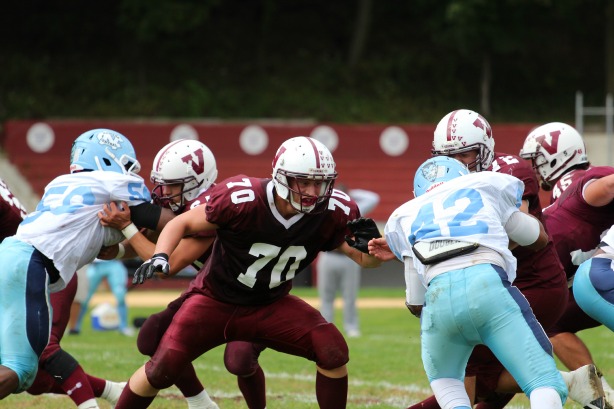 Hillbilly football fans have been treated to exciting finishes the past two weeks and it seemed yesterday that a third one might in the works. However with 1:48 left in the game and the Hillbillies driving on their home field, their hopes fell short when Newark Central’s Jaquan Spann intercepted a pass on the Hillbillies’ 20 yard line.

In the second quarter the Blue Devils scored 14 points in just two minutes led by quarterback Taji Williams, who went 7-for-18 and passed for 180 yards on the day. In the end, that was enough for the Newark team to remain undefeated.

The Hillbillies had plenty of chances but for the second straight week their offense was inconsistent at times. They fell behind 7-0 in the first quarter when senior Mike Perri’s punt was tipped causing the Blue Devils to start off in good position. Central scored a few plays later in the second quarter when Spann took a 49-yard pass from Williams and raced into the end zone. On the ensuing kickoff the Hillbillies turned the ball over to the Blue Devils on a fumble once again in favorable Central field position. Central scored on Ish Amin’s two-yard run to go ahead 14-0.

With the exception of those two mishaps, the Hillbillies’ confidence never wavered and it seemed like they were ready to strike at any moment. That moment came with about two minutes left in the second quarter when QB Frank Ferrari hit Luke Sniatkowski on a 10-yard dump pass and the senior captain TE raced 25 yards to put the Hillbillies on the board. Alex Kaslander’s extra point kick sent the Maroon and White into the locker room at halftime trailing 14-7. 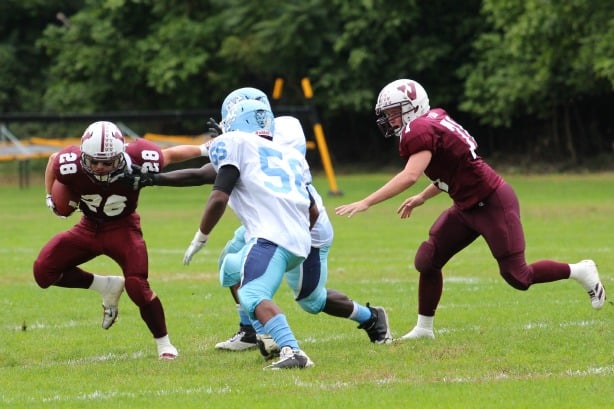 Both teams came out ready to play the second half, which turned into a defensive battle. Unfortunately for the Hillbillies they just couldn’t pull the magic out of their hat again and saw their record drop to 2-1.

Junior Matt McKeown led the Hillbillies with 12 tackles on defense. The boys face Montclair Kimberley Academy in an away game next Saturday at 2:30 p.m.

- Advertisement -
Previous articleGirls Soccer Gets A Victory
Next articleWhat’s Up: Oct. 1-7, 2012