This Is Not An Attack Site 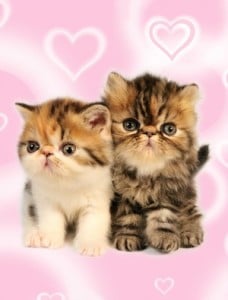 It’s dopey that I even have to publish a story with a headline like this, or use the kitschy kitten and puppy photos to make a point, but after the weekend I’ve had with Google, I want to make sure that the readers of MyVeronaNJ.com know what happened to their favorite Web site and why.

Google decided Friday afternoon to term MyVeronaNJ.com an “attack site”, a label that the search engine giant smacks on Web sites that it decides are trying to distribute malicious content. You know, the rogue software that grabs hold of your address book and bank account records and tricks you into sending money to people who are not in trouble overseas.

Despite the fact that Google has more than 30,000 employees worldwide, it does not have human beings that make these decisions. It leaves a critical decision that can seriously damage another business’ reputation to automation. On our sister Web site, ShopVerona.com, if someone tries to leave an anonymous negative review of a business, it is flagged and held for verification. If someone leaves a review of three stars or less, our software gives the business owner the opportunity to talk out the problem with the customer and resolve it offline.

But when Google’s marvelous software thinks it smells trouble, not one of its 30,000 employees is apparently empowered to pick up the phone or send an email. (@Google @SergeyBBrin it’s 973-632-4015 or virginia [at] myveronanj [dot] com )

So here’s what I spent my weekend doing, even during that fabulous Saturday football game:

1. Contacted my Web host, and asked them to perform a full site scan. NO PROBLEMS.
2. Immediately implemented all procedures of Google’s Webmaster tools for scanning the health of the site and verifying our tech management of it. NO PROBLEMS.
3. Ran full virus and malware checks on all computers that I use to access the Internet. NO PROBLEMS.
4. Deactivated an ad network that serves some ads on my site, even though it has been cleared of malware since an August 1 attack on their system.
5. Implemented a lockdown on our ad server.
6. Changed all system passwords
7. Had my Web host perform a second full scan. Again, NO PROBLEMS.
8. Submitted a request to Google and an independent malware tracker site for review of MyVeronaNJ.com. (I had to do both because Google’s own review process is so slow.) 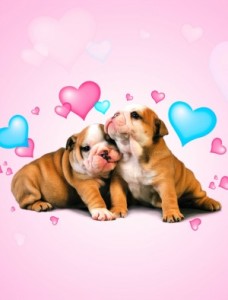 We were cleared by the independent malware tracker site late Sunday night, and I am happy to share their email with anyone who wants to see it. Still haven’t heard anything from Google. That’s pretty much the norm for these big Internet companies, sad to say. When Facebook decided, early this year, to block my posting of MyVeronaNJ.com stories to MyVeronaNJ’s Facebook page because we were spamming our readers (say what?), Facebook never sent a “Sorry” note even though I proved to their supposed journalist liaison–in writing–that they were wrong.

The takeaway from all this is that MyVeronaNJ.com is safe, despite what Google said. And I think there are some very serious free speech issues when a search engine takes steps like this against a news organization. How about you, @GooglePubPolicy ?