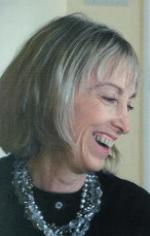 Alison A. (Oliphant) Ready, of Boston, Mass., passed away on September 14, 2012 after a valiant battle with cancer. Beloved wife of Thomas F. Ready, she is also survived by her mother Jeanne Mancusi-Ungaro of Lavallette, NJ, sisters Carolyn Oliphant of Calabasas, CA, Priscilla Grable and husband Steve of Marshfield, Massachusetts, brothers Matthew and Christopher Oliphant of Point Pleasant, NJ, brother Eugene Oliphant and sister Mary Oliphant of Lavallette, NJ. She is the daughter of the late William Oliphant. She is also survived by her devoted nephew Kyle Grable of Marshfield and many other nieces, nephews and godchildren.

A native of Verona, Alison received a bachelors degree from Rutgers University and an MBA from Seton Hall University. She was a certified employee benefits specialist (CEBS) and had worked as the director of the Boston office of APS Healthcare.

In lieu of flowers, donations may be made in Alison’s memory to the Alison Ready Fund for cancer research under the direction of Dr. John S. Schorge Research Fund at Mass. General Hospital, Attn: Heidi Bergmeyer, 185 Cambridge Street Suite 600, Boston, MA 02114.

Alison’s life was forever changed in 1978, when she traveled from her home in New Jersey to attend a Boston College football game at the Heights with her sister Priscilla who was an undergraduate at BC. That is when she met Tom Ready, an avid sports fan who was attending the game with his best friend John Fitzpatrick. Tom said that he was cheering on the Eagles, and trying to engage the beautiful woman sitting next to him in a conversation and to make her laugh. He was trying to make a good impression and before long, they were making plans to meet for dinner after the game, started dating and were married at St. Patrick’s Cathedral in New York City five years later.

From sports to the theater, Alison and Tom were not only best of friends, and soul mates, they truly enjoyed each other’s company on many levels. They played golf and tennis together and enjoyed boating on the Atlantic Ocean. Alison loved the theater, dancing and the ballet and Tom willingly accompanied her to many shows. They had a wonderful tradition of visiting Broadway once a year and saw some wonderful shows such as Jersey Boys, Chorus Line and Memphis.

In addition to Boston, Alison and Tom also had homes in Naples, Fla. and Marshfield, Mass. Tom said some of their happiest moments were sitting on their deck in Marshfield, overlooking the North River, watching the changing tides through the marsh. Alison designed the Marshfield home, inspired by its beautiful location on the North River, and designed every room to have a window with a water view. Alison loved the ocean and found great comfort and peace at her home in Marshfield throughout her illness.

All who knew Alison will remember her sparkling laugh, her upbeat personality and her selfless caring for others. In her volunteer efforts, Alison donated her time to the pediatric center at the Connecticut Children’s Hospital. She was also active in the Magical Moon Foundation of Marshfield which supports children and families faced with cancer, and Hope in Bloom that plants gardens at the homes of women and men who are undergoing treatment for breast cancer. Alison was also a supporter and volunteer at the Christo Rey School of Boston.

Alison will also be remembered for her love of picking blueberries in the summer, visiting the pumpkin patch in the fall, baking pies and brownies throughout the holidays. Alison and Tom enjoyed 29 years of marriage and had a great tradition of celebrating their anniversary at the Ritz Carlton in Boston. Alison will be remembered for the wonderful woman for many things but most of all, for her love and devotion to her husband, family and friends.

Previous article
Register To Vote, Verona!
Next article
This Is Not An Attack Site