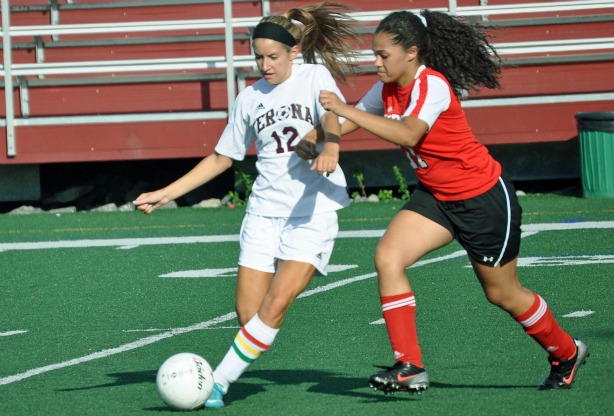 The volleyball team took two out of three matches yesterday for their first win of the season at the hands of rival Cedar Grove. After taking the first game 25-15 they dropped a close second contest 25-23 before easily winning the rubber match 25-10.

Girls’ tennis kicked off the season with a tough match against the MKA Cougars. Jackie Noyes dropped her first game in first singles but battled back to take the match 6-7, 6-2, 6-2. Ciara Davison lost her singles match 1-6, 4-6 and Allie Vacarro fell 3-6, 4-6. Verona picked up a point in doubles when the team of Caroline Chivily and Briana Tedesco took home a win. The loss put the Hillbillies at 0-1 on the season.

Today in Hillbilly Country, the boys’ soccer team plays at Centennial Field against Caldwell at 7 p.m. and the cross country team travels to Branch Brook Park for a meet.