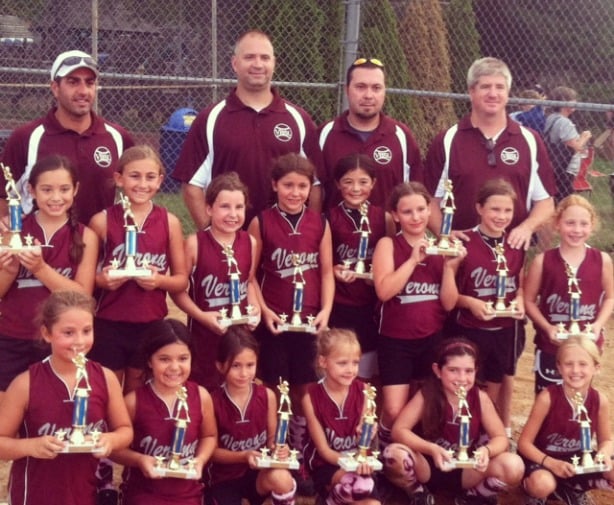 The Verona 8U softball team, which was undefeated in the spring, won the Denville Summer League championship last Friday. The girls played Mount Olive, which had represented New Jersey the week before in a game in Maryland and finished third overall in the Mid-Atlantic region. Verona had beaten Mount Olive to end their spring season and were once again victorious, 5-4, in the summer championship.