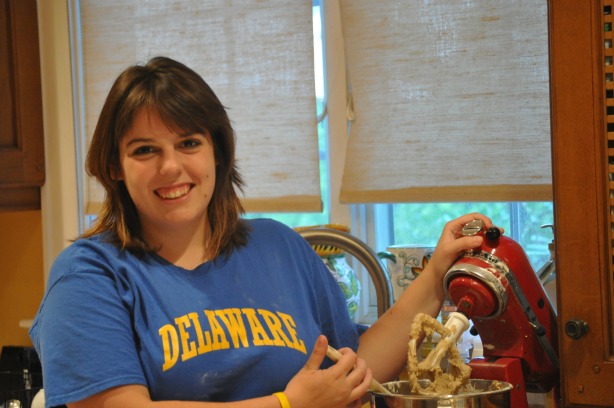 Alison Sprong is just about the only member of the Verona High School class of 2012 who is not worried about what the college cafeteria will serve. That’s because she will spend part of her time at the University of Delaware in its kitchens.

Sprong is headed to UDel’s Department of Hotel, Restaurant and Institutional Management, the first stop on what she hopes will be a long career in professional baking. While her former VHS classmates will be packing jeans and T-shirts for school, Sprong will take chef’s whites and a suit for her classes. UDel students–only 400 at a time can study for hospitality degrees–work in both its on-campus restaurant and affiliated Marriott hotel. To complete the bachelor of science program, Sprong will need four years of liberal arts and specialty classes, plus 700 hours of work in the hospitality industry and 100 hours of community service.

If all that sounds like a lot to go through for a cake, you’d never know it from talking to Sprong. She is simply thrilled to be pursuing a degree in a field that she loves.  “I’m really passionate about baking,” she says, adding that her college gear will also include a whisk. “I can’t live without it,” she says simply. 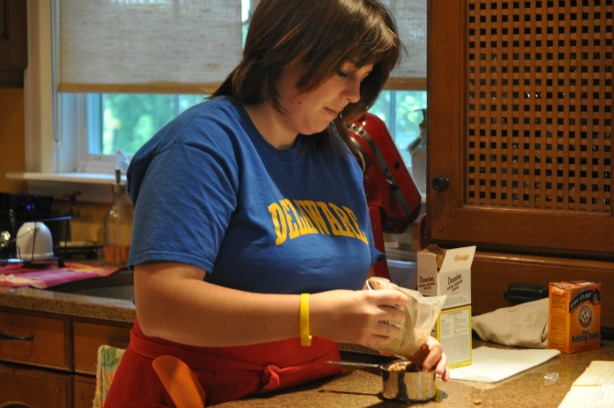 If you know Sprong for her presence on the soccer field or mock trial team, the choice of major might seem surprising. And she concedes that going into law was a distinct possibility (Her father is a lawyer and she’s working at a law firm this summer.) But she comes from a long line of bakers on her mother’s side–there’s a secret family recipe for buttercream. That, plus an internship at the Villa at Mountain Lakes, tipped the scales in favor of food. Her mother insisted, however, that Sprong go to  a school that offered both food training and a liberal arts degree.

Sprong isn’t the only VHS grad to opt for hospitality studies. Among the others are Darian Melchione, also class of 2012, who will be attending Johnson & Wales University. Brandon Collis from the class of 2011 is at the Rhode Island school, too. Joe Masucci is in Fairleigh Dickinson University’s International School of Hospitality and Tourism Management. This June, Jeffrey Schreier graduated from Cornell University’s School of Hotel Administration.

VHS lost its cooking classes to a state-mandated class in financial literacy two years ago. But many of the Verona students who have gone into hospitality got a taste for the business the same way Sprong did, by interning for Frungillo Caterers. Verona natives Robert and Jerry Frungillo run the Villa, and provide the hospitality at Skylands Manor in Ringwood, Oakeside Mansion in Bloomfield and The Mezzanine in Newark. They have a structured program that lets students train in the areas of the business that most interest them. “Alison latched on to our master baker and got right into the mix–the cake mix,” quips Robert Frungillo. “She started pushing out these cakes that were amazing.”

The Frungillos adapt their internships to students’ schedules, but the rules of operation are strictly their own. They require waiters to buy their own tuxedos and all interns must go through an online training course they have developed. And the Frungillos talk to the parents of their interns to make sure they understand what is expected of the kids. “A lot of the kids intern here because they need the money,” says Frungillo, “but in the course of working here they discover something they love.”

Like frosting. “I would come home from my shifts with frosting in my hair,” says Sprong. “It was great.” 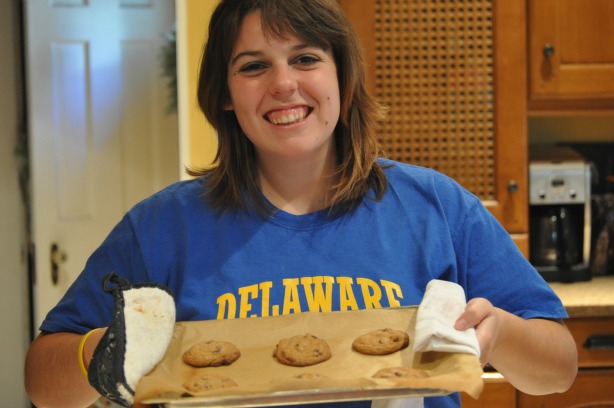 If you are interested in interning for Frungillo Caterers, call Robert Frungillo at 973-335-5300.